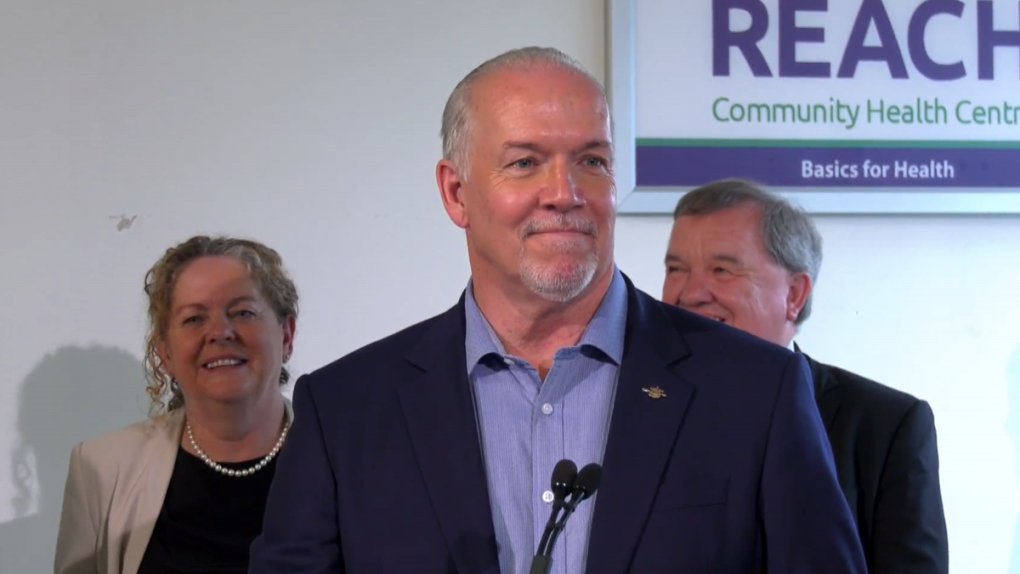 A new urgent care facility opening in East Vancouver will provide services for more than 37,000 patients a year, the province says.

Details on the facility located on Commercial Drive north of Williams Street were announced at a news conference Wednesday morning.

The Reach Urgent and Primary Care Centre is expected to open its doors in early August, and will be fully operational by October, according to the health ministry.

When construction is complete, the centre will include a clinic, community medical imaging facility, labs and two pharmacies.

Its main purpose is to provide care for people whose condition is deemed non-life-threatening, but serious enough to require care within 12 to 24 hours. It will also help patients "attach" to a regular primary care provider, acting as an interim provider until they can be connected to another local practice.

"For people who have been struggling to access health care services, this will make a big difference in their lives," Premier John Horgan said in a statement following the announcement.

The centre will provide care for more than 37,000 additional patients each year who will be seen by a team of health-care providers. That team includes doctors, nurses, nurse practitioners, social workers, clinical pharmacists and office staff, the ministry said.

The province launched its primary health care strategy last year as a means to deliver faster and improved access to residents of B.C.

The NDP government promised to build 10 centres within 12 months when it first announced the program.

The Commercial Drive location is the second urgent and primary care centre to open in the City of Vancouver.