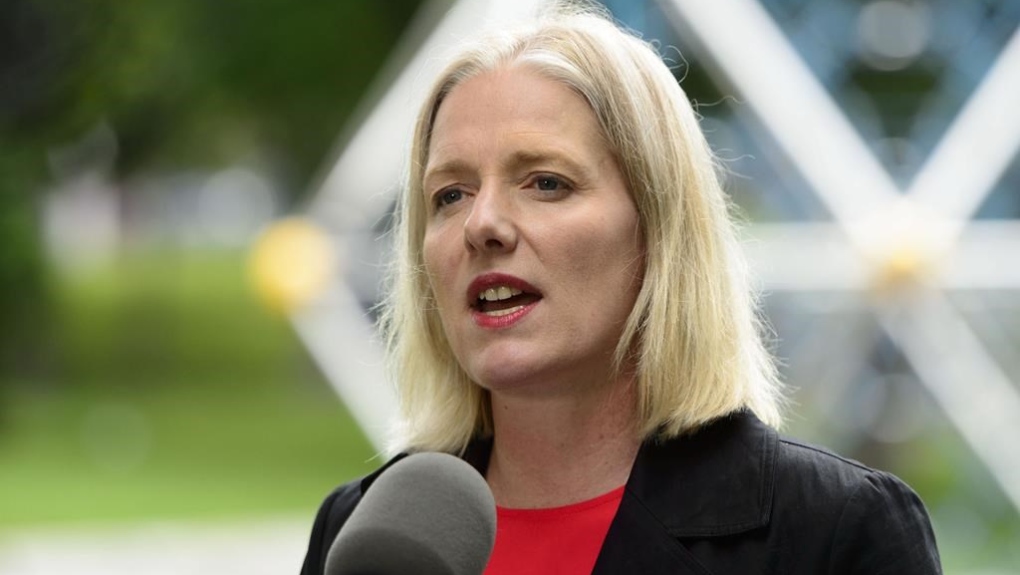 Minister of Environment and Climate Change, Catherine McKenna, makes an announcement on how the federal government will allocate a portion of the proceeds collected as a result of carbon pollution pricing during a press conference in Ottawa on Tuesday, June 25, 2019.

OSOYOOS, B.C. - A next step in preserving one of Canada's most ecologically diverse regions has been reached between two British Columbia First Nations and the federal and provincial governments.

The parties have signed a memorandum of understanding on a working boundary for a national park reserve in the south Okanagan-Similkameen in B.C.'s southern Interior.

The proposed reserve is 273 square kilometres of mountains, lakes and grasslands and is home to 11 per cent of Canada's species at risk, including American badgers, western rattle snakes, northern leopard frogs and burrowing owls.

McKenna says the region is an ecological wonder, a haven for wildlife and species at risk and a natural legacy to preserve for our children and grandchildren.

Charlotte Dawe with the environment advocacy group Wilderness Committee says many people have worked for the reserve since 2003.

The group says the region is one of the four most endangered ecosystems in Canada and is home to 76 per cent of B.C.'s species at risk.

Efforts like preserving the area are essential if wildlife are to be given a chance at survival, Dawe said in a release.

"Habitat protection is the single most important thing for saving species at risk."

Provincial parks are critically important for protecting species and ecosystems not found elsewhere in the world, added Heyman.

Crow said his people have always protected the land and they view this process as a way to work with their partners to implement culturally informed management practices.