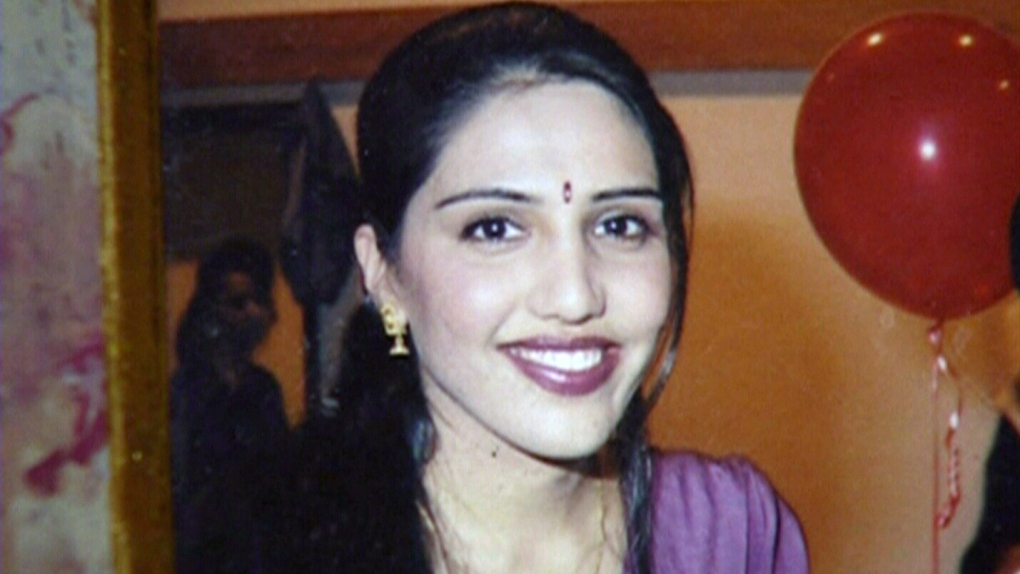 Jaswinder Sidhu is seen in this undated photo.

VANCOUVER -- The mother and uncle of a young British Columbia woman murdered in a so-called "honour" killing are appealing their extradition to face charges in her death.

A B.C. Supreme Court judge ordered the surrender last month of Malkit Sidhu and Surjit Badesha to police in India, after finding there was enough evidence for the brother and sister from Maple Ridge, B.C., to face trial.

Both 65-year-old Sidhu and 69-year-old Badesha filed leave to appeal with the B.C. Appeal Court this week.

They are appealing on several grounds, including that the judge erred in finding there was sufficient evidence to commit them to trial.

"The extradition judge erred in law by admitting into the proceedings certain hearsay evidence and failing to admit other hearsay evidence," Sidhu's lawyer, David Crossin, said in court documents.

Both also said the judge was wrong to find that they are, in fact, the people sought in the case.

Jaswinder "Jassi" Sidhu was kidnapped by a group of men on June 8, 2000 in Punjab province. The 25-year-old was found dead the next day in a canal, her throat had been slit.

During months of testimony at the extradition hearing in Vancouver, the judge heard from friends and neighbours that Jassi Sidhu had secretly married a poor rickshaw driver she met during a family trip to India.

The court heard she had defied a marriage arranged by her family to a wealthy businessman. Her family was infuriated when her marriage certificate was discovered in early 2000.

"There is a substantial body of evidence before me that Badesha had an entrenched and deep-seated hostility to the notion that Jassi would defy her family's wishes and 'dishonour' them by marrying a person below her socio-economic class," Justice Gregory Finch said in his May 9 decision.

"There is powerful evidence available to (Indian authorities) that Badesha had a motive to kill Jassi."

He found the same in the case of Jassi's mother.

"Sidhu reminds me that Jassi loved her. Sidhu also reminds me of the evidence ... that she, on several occasions, expressed concern about Jassi's well-being," the judge said.

But there was substantial evidence that Sidhu, too, felt her daughter had "dishonoured" the family, Finch said. He pointed out that neither Sidhu nor Badesha made any funeral arrangements for Jassi, inquired after her body or attended her funeral.

"As with the case against Badesha, there is evidence that Sidhu not only had a motive to kill Jassi, but that she acted upon it," Finch said.

Thirteen people were originally charged by Indian police, including Sidhu and Badesha.

In October 2005, seven men were convicted of a variety of offences that included kidnapping and conspiracy to commit murder.

Badesha and Sidhu were arrested on Jan. 6, 2012 -- almost 12 years after Jassi Sidhu's body was pulled out of the canal.

Her mother and uncle remain in custody pending appeal.