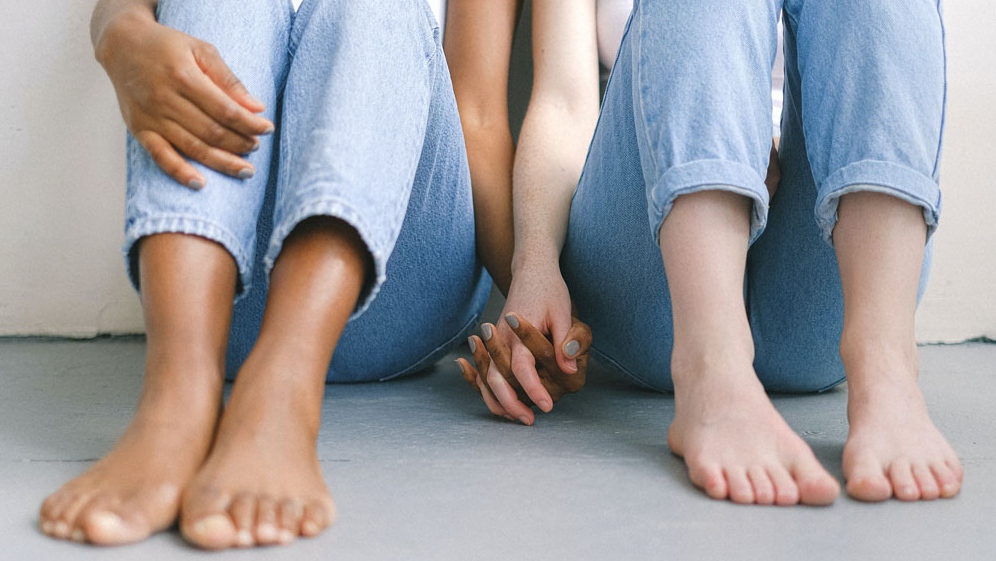 Two people sit on the floor while holding hands in this stock photo (Anna Shvets/ Pexels).

VANCOUVER -- A new study by the B.C. Centre for Disease Control has found that during the early days of the pandemic, many people who needed sexual health care did not seek it.

The study was based on data from an online survey of B.C. residents in the summer of 2020. Its goal was to understand how the COVID-19 pandemic has affected people’s sex lives and their access to sexual health services.

A “concerning” finding was that “just over half of people did not seek the care they needed,” reads a BCCDC news release about the study.

“This may have led to people not getting timely STI testing or treatment, or other services such as accessing birth control medications.”

According to the study, there were several common reasons people cited for not seeking or delaying the essential sexual health care they needed. Public messaging early in the pandemic urged people to “avoid seeking any health care that was not essential,” reads the news release about the study. Other reasons for delaying treatment included concerns about contracting COVID-19 while travelling to a clinic or lab, or during the testing, as well as the temporary closures of some sexual health services.

The survey was directed at people who were already connected to sexual health services, and the results do not apply to the general population in B.C. Researchers say the findings are most relevant for populations that may have more active sex lives and who have also been able to access sexual health care in the past.

Nearly 1,200 people, aged 17 to 76 completed the survey. About half identified as straight while the rest identified as a "member of a sexual minority."

The survey findings suggested that during the first five or six months of the pandemic, people had fewer partners and therefore less perceived need for testing, which echoes the decline of testing seen at STI testing clinics.

“In March and April 2020, the initial months of the pandemic, we saw a decrease in the number of tests for sexually transmitted and blood-borne infections in British Columbia,” reads the research paper, published in November 2020 by the BCCDC’s Digital Sexual Health Initiative.

Other findings from the survey show that people are interested in remote, virtual or express STI testing services and health services.

“Overall, the survey shows that our clients are interested in services that reduce in-person visits,“ said Troy Grennan, physician lead for the HIV/STI Program.

“BCCDC is up to the challenge of increasing access to our sexual health services by continuing, developing and implementing new service options that fit our clients’ needs.”