Transportation Safety Board to investigate sunken tug in Howe Sound 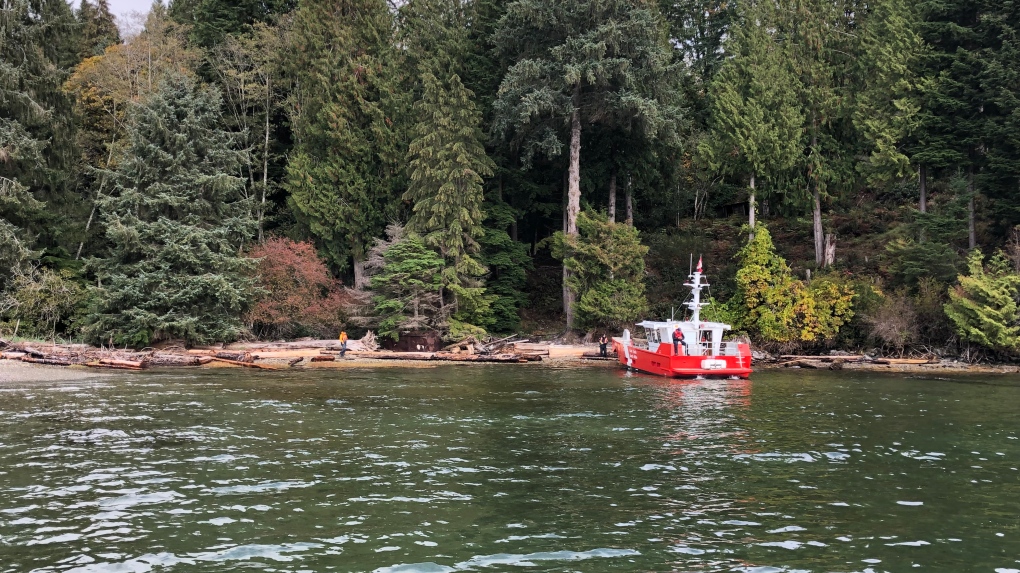 Crews respond after a tug sank off the coast of Gibsons, B.C. Photo: Canadian Coast Guard

RICHMOND, B.C. - The Transportation Safety Board is sending a team of investigators to look into the sinking of a tug boat in British Columbia's Howe Sound.

The board says in a statement that the tug Sheena M capsized and sank on Oct. 1 not far from the BC Ferries terminal in Langdale.

The Canadian Coast Guard spokeswoman said there were two people aboard the tug and both got out unharmed.

A coast guard statement after the sinking said the tug, which remains at the bottom of Howe Sound, had about 1,000 litres of diesel and 200 litres of oil aboard when it sank.

The overview says a search days after the sinking by wildlife specialists and members of the local First Nation found no oiled or distressed wildlife.

This report by The Canadian press was first published Oct. 17, 2019