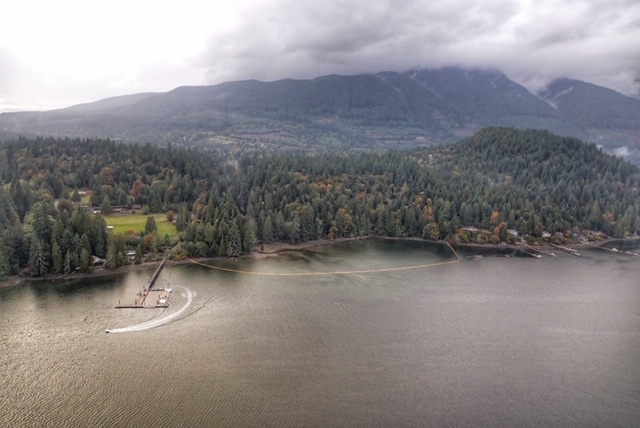 The tug sank off the coast of Gibsons, B.C. Photo: Gary Barndt

VANCOUVER - A tugboat sank near Gibsons, B.C. Tuesday, spilling some fuel in the water.

The Sheena M went down while working in Howe Sound, according to the Canadian Coast Guard. A local boat rescued the crew members, and no one was hurt in the incident.

About 10 litres of fuel spilled into the ocean, but officials don't think they can remove it because the sheen is so thin. A Transport Canada plane flew over the area Wednesday, and officers didn't spot any oiled wildlife.

Environmental responders put booms in the water to prevent the spill from spreading into a sensitive creek in the area. They'll leave the boom in place overnight and re-evaluate the situation on Friday, Lowry said.