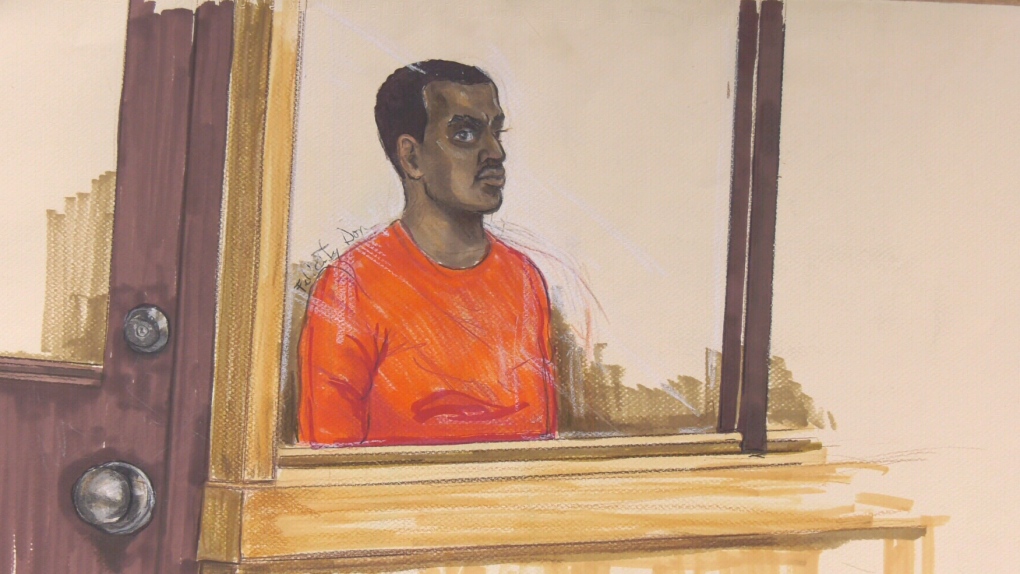 Nasradin Ali is seen in this court sketch from April 2019.

A bail hearing for the young man accused of detonating "improvised incendiary devices" on the Langara College campus has been put off so he can undergo a mental health assessment.

A psychiatrist is expected to see Nasradin Ali on Wednesday and submit a report in time for the 23-year-old's next scheduled court appearance on Thursday afternoon.

Ali is charged with arson and possession of incendiary material in connection with the fires sparked at Langara on April 1, which forced a campus-wide evacuation and another full day of cancelled classes.

The suspect was arrested in Surrey hours after the incident, and has remained in custody ever since.

Police said two devices went off on campus and a third was found intact during a sweep of the property. Fortunately, no one was injured.

The fires did do significant damage to Langara's T building, which is expected to remain at least partially closed until the summer. Administrators said they were forced to relocate classes, exams and events in light of the incident.

None of the allegations against Ali have been proven in court.