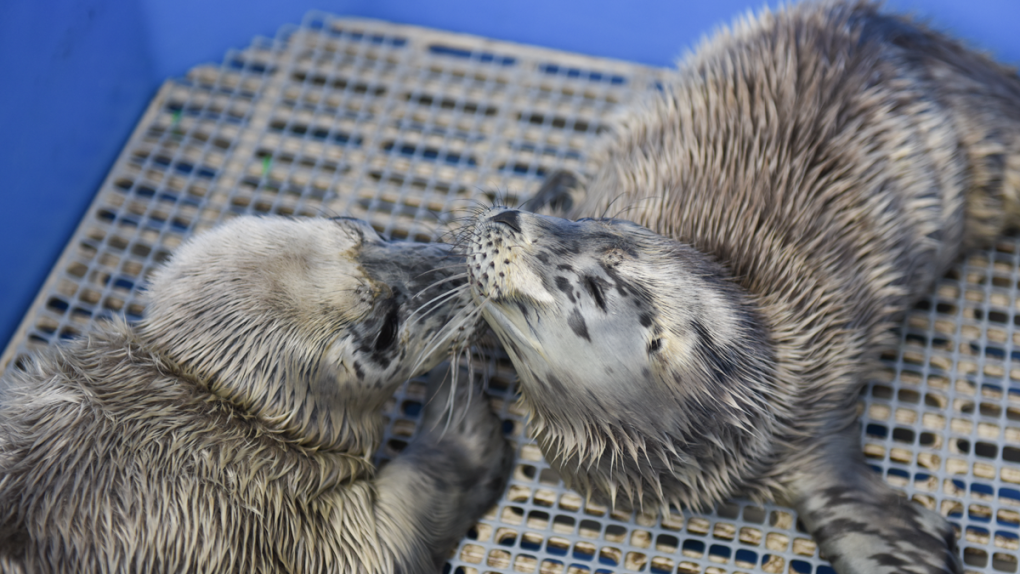 Meghan Mackerel and Prince Herring are shown in a photo provided by the Vancouver Aquarium.

The Vancouver Aquarium has issued a statement on behalf of Meghan Mackerel and Prince Herring.

Yes, you read that right.

In a statement Monday, the facility revealed the names of its latest rescues, along with a message on keeping local beaches safe.

The harbour seal named after Meghan Markle was found alone on Sidney Island last week, the aquarium said. Her mother was nowhere in sight.

She was underweight, still had part of her umbilical cord, and was covered in soft fur, a clue that she was born prematurely. 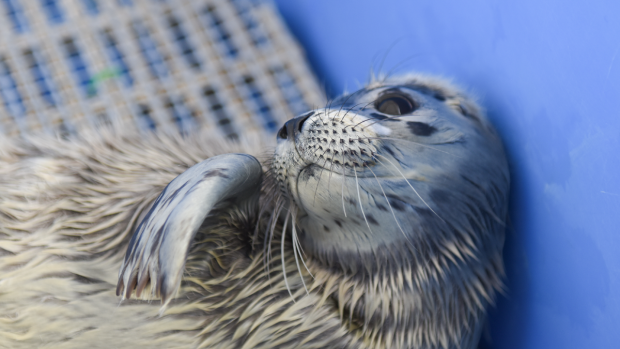 Another preemie was found the next day in a marsh near Crescent Beach in Surrey and named after Prince Harry. He was still attached to his mother's placenta, the aquarium says, but his mother appeared to be gone.

"Herring in particular was in critical condition through the weekend, but his condition is improving," the aquarium' statement said.

The pups are staying together as they grow. 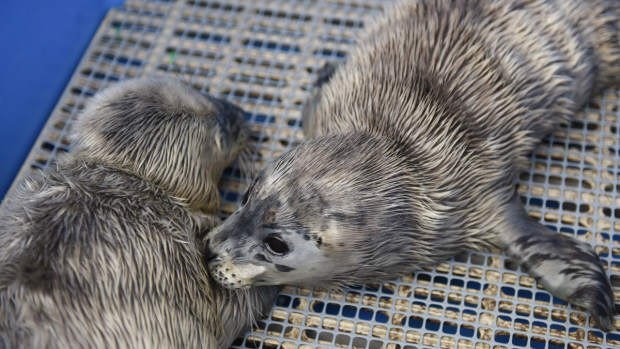 The aquarium's Marine Mammal Rescue Centre used the tiny pups as a reminder to the public that their actions can affect local marine life.

"As Meghan Markle, Duchess of Essex, might say if encountered in the wild, 'No need to curtsey. Just exercise courtesy,'" staff wrote in the statement.

"Mothers will often leave their pups on shore while they forage for food; they will usually make it back. We ask those who find a seal pup not to touch it and to keep their pets away," Johnson said. 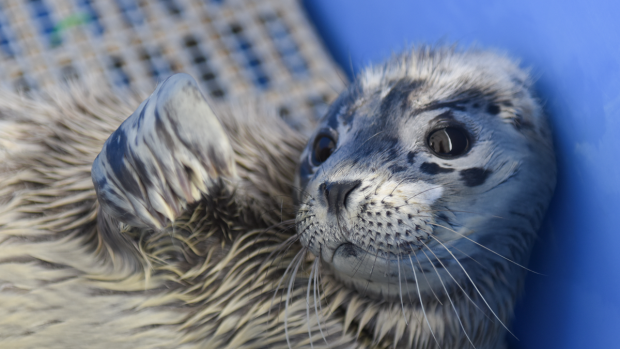 They're also asking for donations from those who'd like to symbolically "adopt" the pair. Funds raised will go to ongoing rehabilitation efforts at the rescue centre.

This year, the aquarium is naming rescued seal pups with ocean-themed puns. In addition to Herring and Meghan, names include Dwayne "the Rockfish" Johnson, Mussel Crowe and Leonardo DiPuprio. 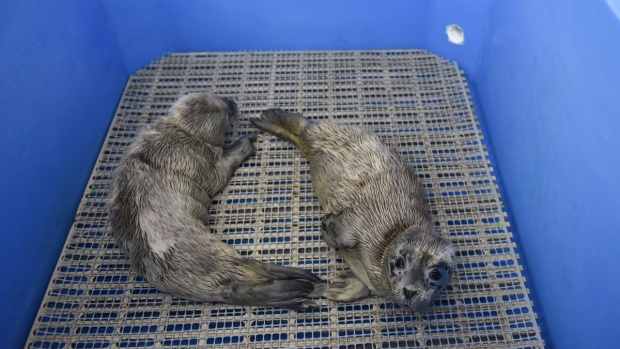