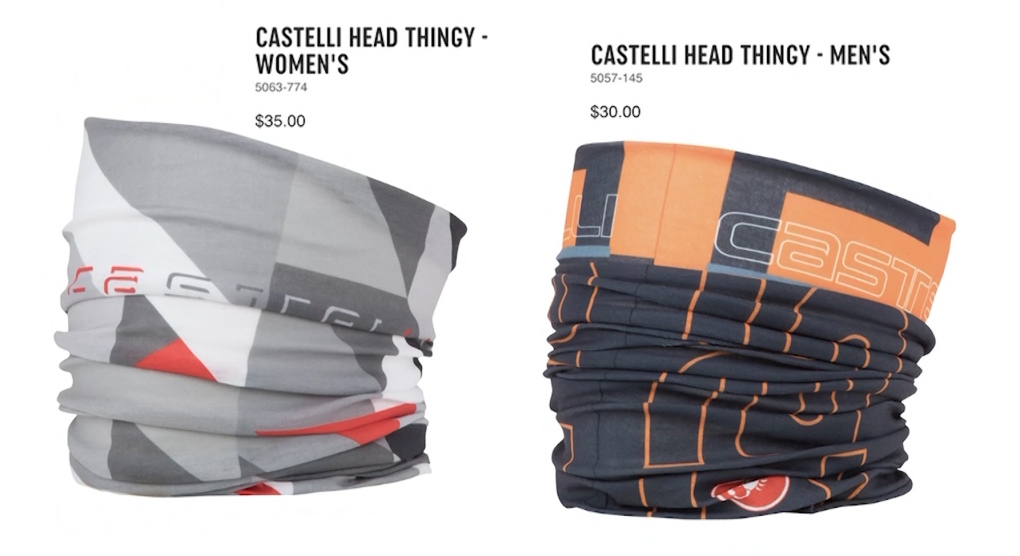 The men's and women's version of a product called "heady thingy's" are seen before the were pulled from MEC's web store.

Women no longer have to pay more than men when purchasing a "head thingy" from Mountain Equipment Co-op.

The retailer received a wave of online criticism this week after shoppers realized women were being charged $5 more than men for products that were virtually identical apart from the colour.

MEC responded quickly by pulling the products off its website and blaming the price discrepancy on the vendor that supplied them.

"When a vendor of ours has a Minimum Advertised Price (MAP) policy, we must comply," it said.

On Wednesday, MEC confirmed it had spoken with its vendor and would be re-listing both items for $30.

"We do our best to catch any price discrepancies and negotiate on behalf of our members before we commit to buying the product. We missed catching the pricing discrepancies in this case," merchandising head Kelly Gorder told CTV News in a statement.

Consumers have increasingly drawn attention to apparent gender-based pricing in recent years, a phenomenon commonly referred to as the "pink tax." It's been spotted in everything from razors to deodorant.

A study out of California, which enacted a ban on gender-based pricing in 1995, suggested women pay upwards of $1,300 more than men for the same products every year.