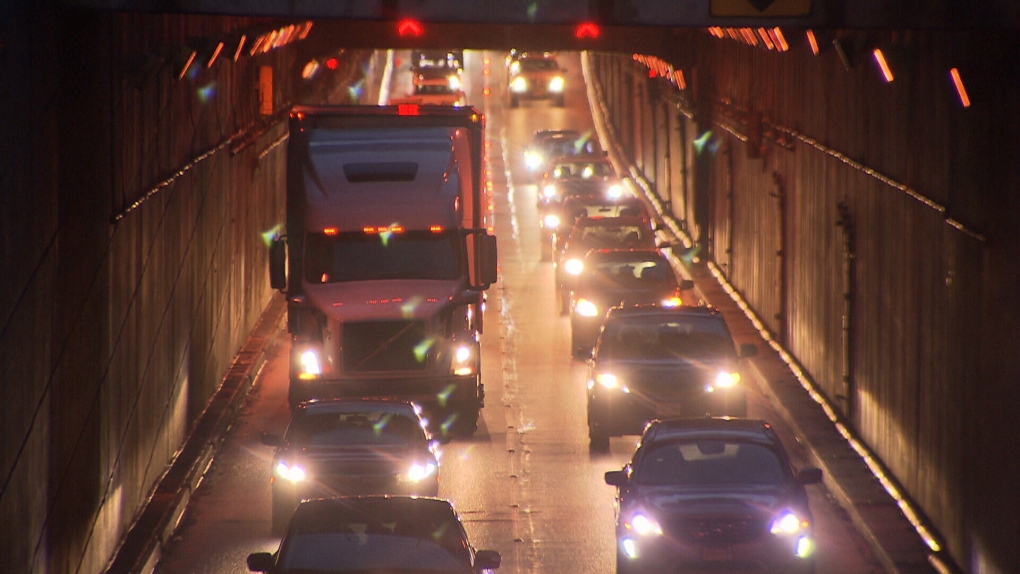 Cars are seen exiting the Massey Tunnel in this undated photo.

In a letter dated March 29but only released publicly Wednesday, a group of five mayors and leaders of two First Nations bands called on the province to speed up construction of a new crossing.

"With the timelines currently being contemplated by the province, construction on a new crossing may not be completed before 2030 – a delay that greatly impacts the lives of tens of thousands of residents who make use of the tunnel each day," the group wrote.

In December 2018, London Drugs says it is considering moving its headquarters – located in the south end of Richmond – to avoid the lengthy traffic delays from the tunnel.

A technical review from that month found that a 10-lane bridge planned under the previous BC Liberal government might not be the best replacement for the aging crossing.

Instead, an independent study of the project recommended the province consider a new bridge or tunnel with up to eight lanes.

The letter notes the Musqueam Indian Band, the Tsawwassen First Nation as well as the mayors of Richmond, Surrey, Vancouver, Delta and White Rock have reached a consensus on nine points that they argue would speed up construction.

The suggestions range from addressing First Nation concerns over the impact construction would have on fisheries to being designed to serve the region to at least 2100. Scroll down to read a detailed outline of their ideas.

The crossing, the group writes, should include six lanes for regular traffic and two lanes dedicated for bus service.

"Our communities are those most directly impacted by tunnel congestion and we have been successful in finding a solution that we can all support," it wrote.

The group also called for additional funding for TransLink to allow "higher-frequency" transit.

Read the full letter below. Viewing this on our mobile beta site? Tap here for a compatible version.