Marine accident off Vancouver under investigation by Transportation Safety Board 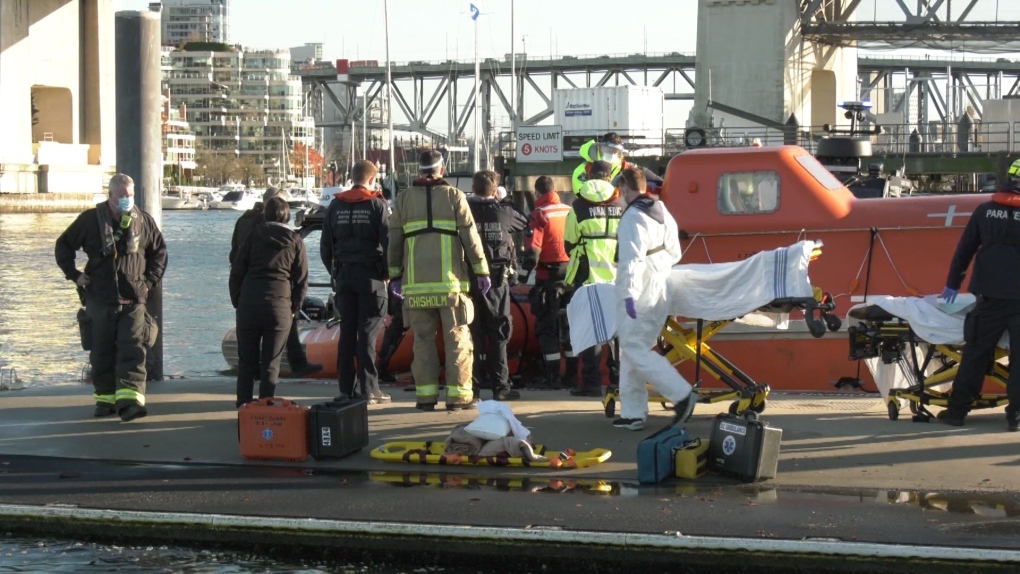 A coast guard statement issued Tuesday said the two crew members were hurt as they carried out a routine drill in a covered lifeboat on Dec. 1, 2020.

VANCOUVER -- A Transportation Safety Board team has been assigned to investigate a marine accident that seriously injured two crew members from a freighter moored in English Bay, off Vancouver.

A statement from the board says the team will examine why a lifeboat from the bulk carrier Blue Bosporus was accidentally released from the ship on Dec. 1.

A coast guard statement issued Tuesday said the two crew members were hurt as they carried out a routine drill in the covered lifeboat.

The boat began to sink after it had dropped into the water and a vessel from the Kitsilano coast guard station was one of several that responded, rescuing the injured sailors.

The statement from the safety board says its team will gather information and assess the occurrence.

Three Ukrainian crew members died and one was hurt in October 2000 when a similar covered lifeboat fell about 15 metres into the water from a bulk carrier moored in English Bay.

A report by the safety board in 2003 identified issues with the lifeboat's lowering mechanism and the hooks connecting it to the launching equipment.

This report by The Canadian Press was first published Dec. 3, 2020.