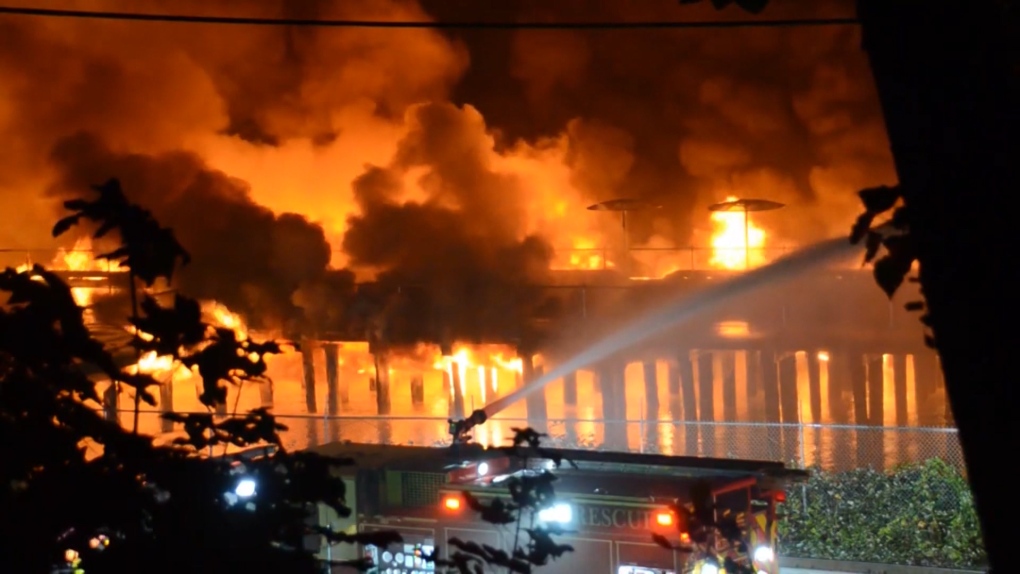 A massive fire destroyed a section of New Westminster's waterfront pier on Sept. 13, 2020.

VANCOUVER -- Weeks after a massive fire tore through New Westminster Pier Park, a 49-year-old man has been criminally charged.

Authorities said counts of arson with damage to property and mischief to property have been approved against Sean Warnick.

Police arrested the New Westminster resident, but he has since been released from custody pending a scheduled court appearance on Wednesday.

The fire broke out on Sept. 13, and destroyed acres of land in the city's scenic waterfront area.

Businesses were forced to close as the blaze sent plumes of toxic smoke over the region, and firefighters eventually spent 12 days working to fully extinguish the flames.