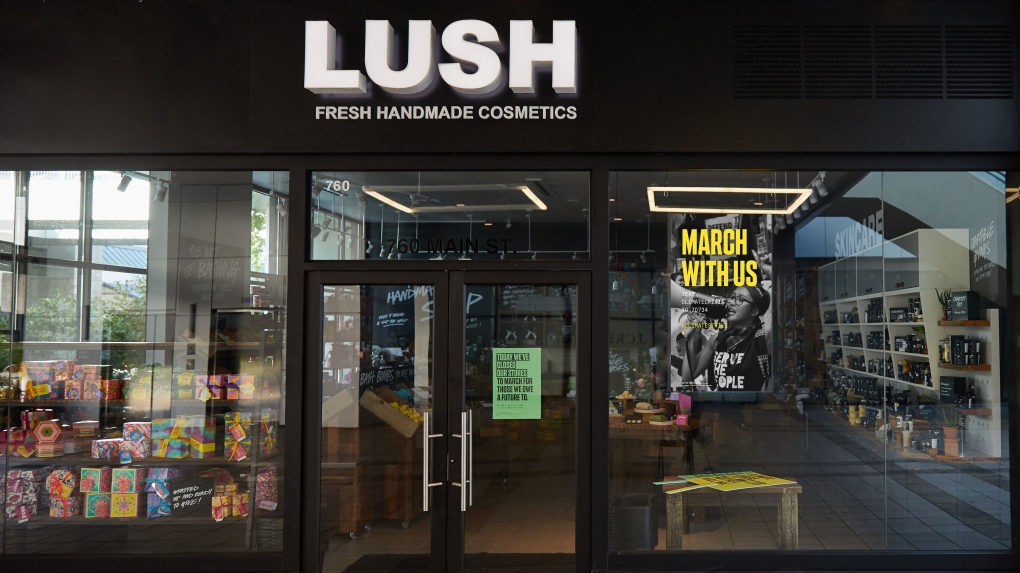 B.C.-based Lush Cosmetics is closing stores across Canada on Friday, Sept. 27 so workers can participate in climate change protests. (Lush)

Two major Canadian retailers will be closed for business this Friday in support of climate change marches happening around the world.

Vancouver-based Mountain Equipment Co-op is shutting its doors across Canada until 5 p.m. local time, and staff at head office and distribution centres will also be given a chance to attend local rallies.

“This is the first time we are doing something of this magnitude,” said CEO Phil Arrata in a statement. “As Canada’s leading outdoor retail co-op, we are deeply concerned. We want to provide our staff with the opportunity to join Global Climate Strike demonstrations in their communities and let their voices be heard.”

Lush Cosmetics, also based in B.C., is shutting down all trading for the day. Retail stores, head office and manufacturing facilities will all be closed, along with the Canadian website, which will down from 6 a.m. to 6 p.m.

President and CEO of Lush Cosmetics North America, Mark Wolverton, said in a statement that “we need to respond to the climate crisis like the emergency it is.”

“Giving our thousands of staff the time to get out there and demand bold action is a no brainer,” Wolverton said. “We all share this planet, so we need to band together to sound the alarm and show our politicians that ‘business as usual’ is no longer an option.”

Hundreds of thousands of young people across six continents left the classroom on Friday, Sept. 20, taking to the streets as part of the movement, started by Swedish climate activist Greta Thunberg.

Thunberg, 16, on Monday opened the United Nations Climate Action Summit in New York with an emotional appeal, chiding world leaders with the repeated phrase, "How dare you."

"This is all wrong. I shouldn't be up here," said Thunberg. "I should be back in school on the other side of the ocean. Yet you have come to us young people for hope. How dare you. You have stolen my dreams and my childhood with your empty words."

"Time is running out," Guterres said. "But it is not too late."

According to the fridaysforfuture.org website, more than 2,000 protests are planned around the world for this coming Friday.

With files from The Assocated Press