When it comes to some high-end mansions in the tony West Vancouver community called British Properties, it turns out looks can be deceiving.

Case in point, the 9,000+-square-foot home perched on Eyremount Drive, with an infinity swimming pool fit for a resort and a view over the water that seems to stretch past the horizon.

And that’s before we even get into the circular staircase, double kitchen, home movie theatre, wine cellar, or any of the six bedrooms or seven-and-a-half bathrooms.

Real estate records show the mansion last sold for over $11.2 million in 2015, as a new build.

And, according to the listing agent, it just sold again last week. The price tag: $5.5 million.

Longtime realtor Brent Eilers who’s watched the ups and down for nearly four decades called the 50 per cent drop “extreme,” but wagered that with the slow-down, which means West Vancouver properties above $5 million are now sitting on the market for three plus years, it’s a case of an investor jumping ship, rather than an owner who’s out of options.

"If your mindset is, 'how can I make money?' then you’re probably a little less emotionally invested in the real estate,” said Eilers, with RE/MAX Masters. “It becomes a money decision.” 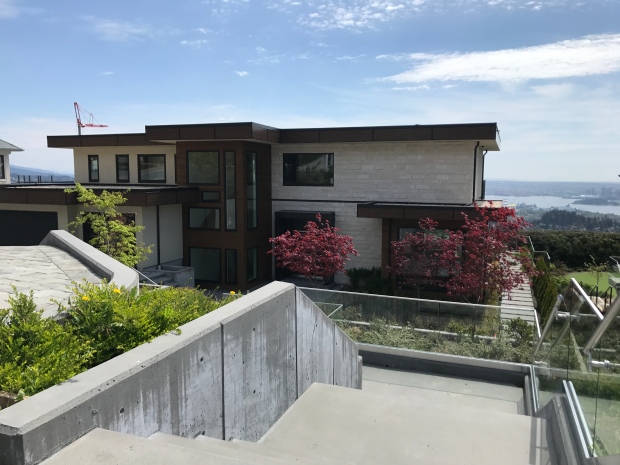 The story here, records show, appears to be of a seller who first listed the new build in 2017 for nearly $16 million. The listing expired. It was relisted at $13.9 million, then $11.8 million, and finally this year at $8.8 million. It sold in just eight days. The sale price: $7 million.

Mortgage consultant Robert Mogensen called it “a type of carnage that’s occurring after a ridiculous ramp up in prices over the last several years.”

And no surprise, it’s become harder to get financing on high-end properties, Mogensen said. Before, lenders would consider 25 or 30 per cent down.

“Now you’ll see private lenders wanting to go no lower than 50 per cent on a down payment,” he said, “and some of the banks won't even look at these deals.”

So if you’re not a cash buyer, could now be the time to score the deal of your dreams?

Eilers suggested being cautious, and Mogensen said he felt “leery,” but both acknowledged there are deals to be found, if you know how and where to find them.

“I suspect that prices will continue to soften,” said Eilers, a life member of the Greater Vancouver Real Estate Board. “And where will they go? They’ll go as far as it takes to get the local buyer into the market from a qualification point of view.”

Mogensen echoed that prospective buyers on the upper end should get pre-qualified, and still remember to do their homework.

“You’ve never had a better opportunity to negotiate with the owner, and negotiate really hard.”