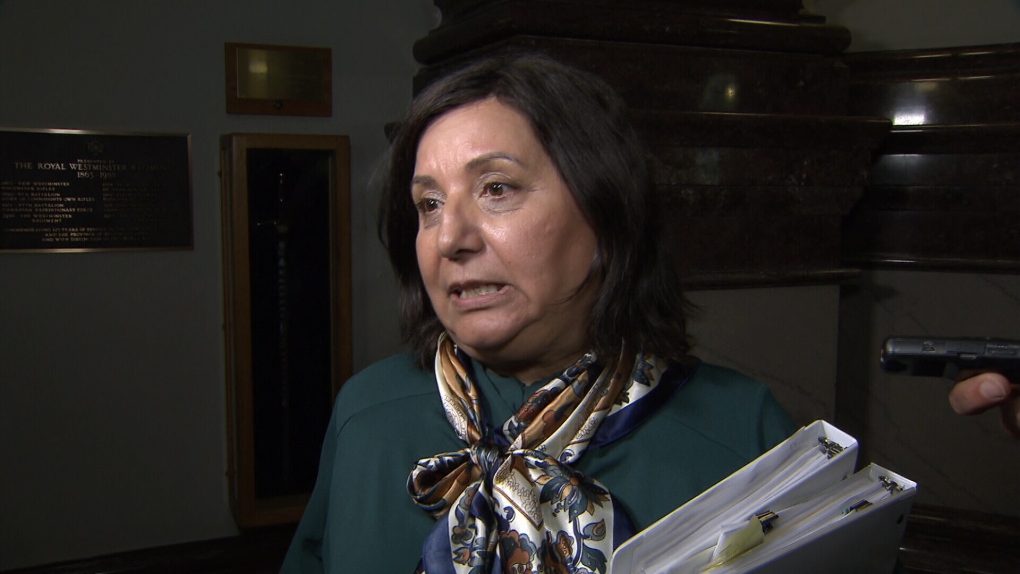 B.C. NDP cabinet minister Jinny Sims responds to allegations that she instructed staff to communicate through private email. May 13, 2019.

A lawyer for the NDP caucus is threatening legal action as questions swirl around Jinny Sims, the cabinet minister says.

During Question Period Monday, Sims faced more questions about whether she's playing by the rules outlined in the Freedom of Information Act – the laws she's responsible for upholding.

Sims says a lawyer funded by taxpayers is warning a former staffer that repeating recent allegations may amount to defamation.

The Liberals have raised concerns from the former staffer that Sims misused her position and tried to circumvent the province's privacy rules by instructing her staff to communicate through means other than official government email.