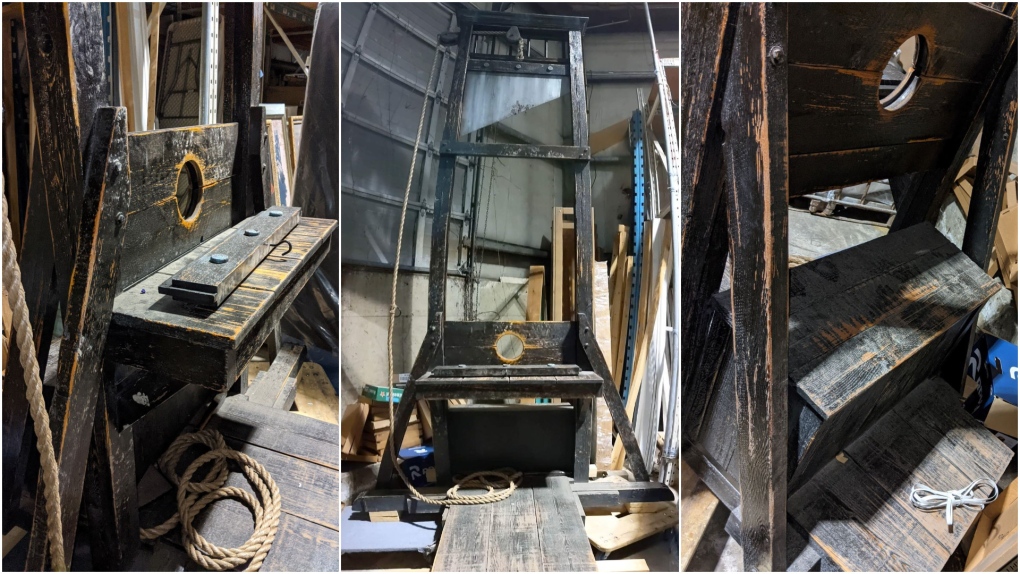 Photos from online auction site icollector.com show what the site describes as a 'large guillotine' from the set of 'The Chilling Adventures of Sabrina.'

VANCOUVER -- An upcoming auction gives fans a chance to buy some of the items they've seen in the background of their filmed-in-B.C. TV shows, and some are more eyebrow raising than others.

A wide range of props are available, as well as some other items, in the auction being hosted online over the weekend.

Hundreds of items are up for grabs, including a "torture table rack" from the Netflix show Chilling Adventures of Sabrina. The current bid on that item as of Thursday afternoon was $250. 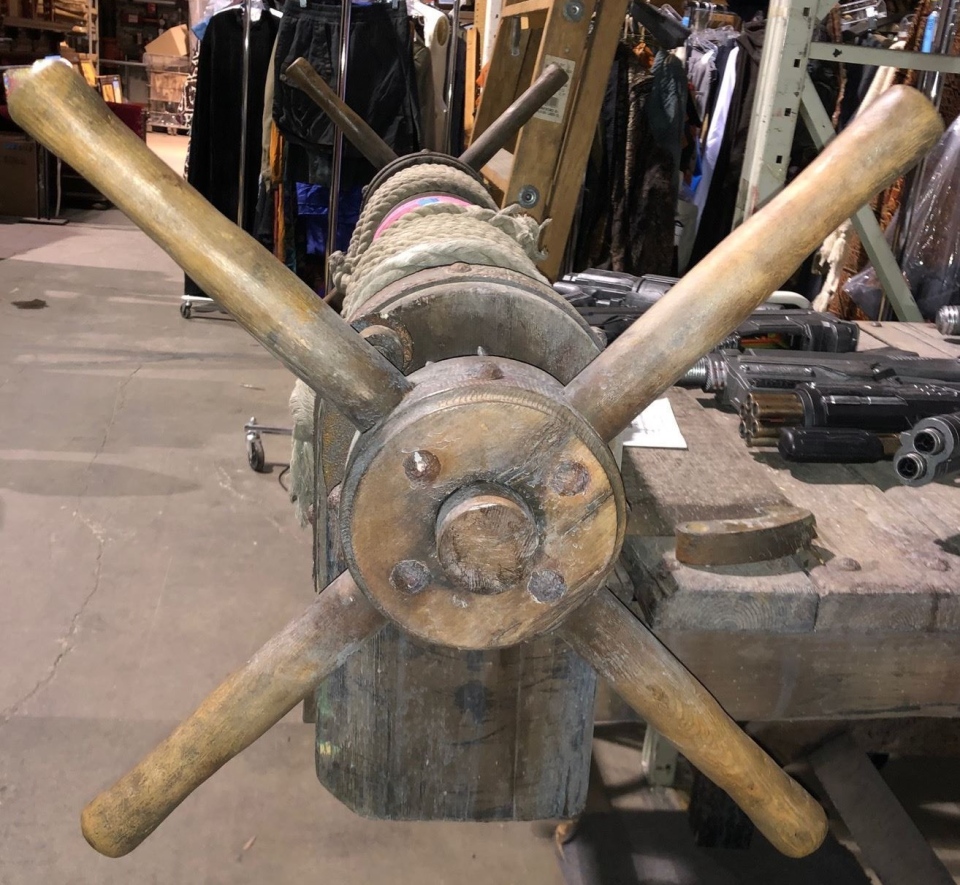 A bidder willing to spend a bit more could put in an offer for what icollector.com deemed a "large guillotine," which, according to the site, stands four metres tall.

Other eyebrow-raising items from the show, which as of Thursday had no bids, are a few lots described as "bottles of specimens." 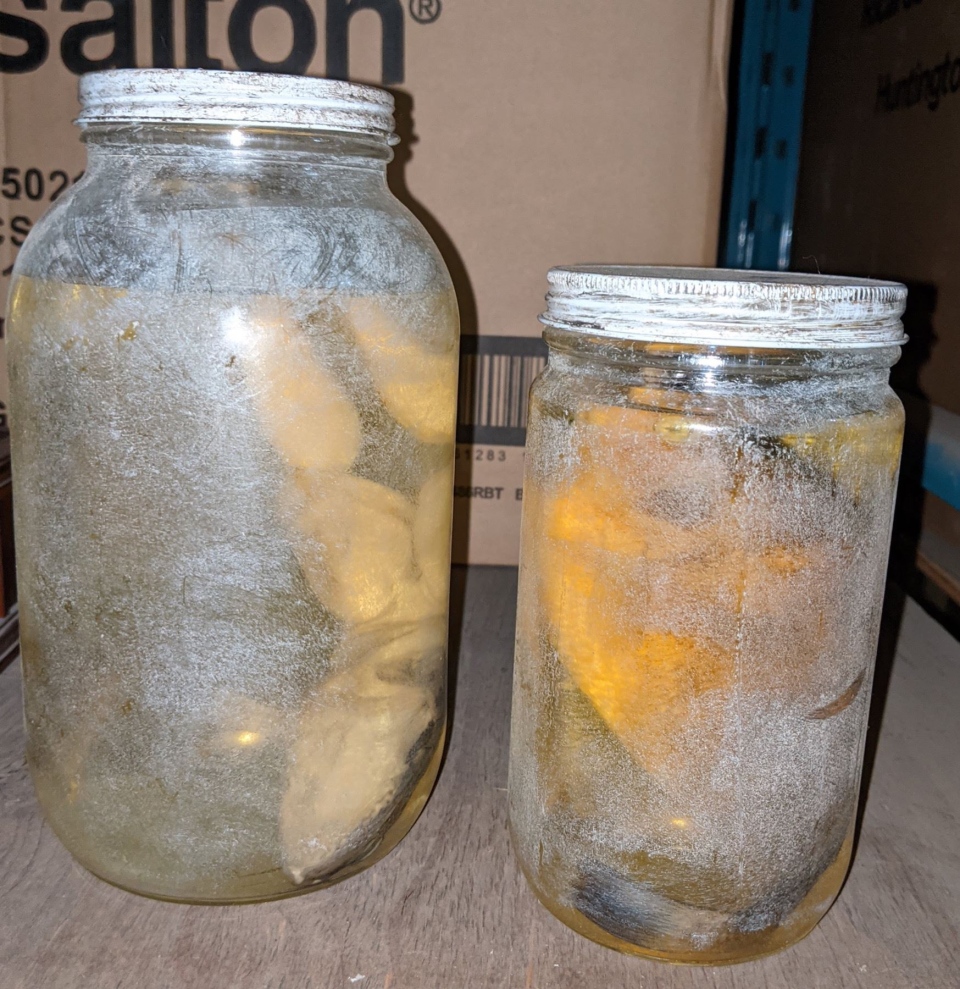 Also from the show are dozens of "large occult prop books," some of which are meant to look burned. 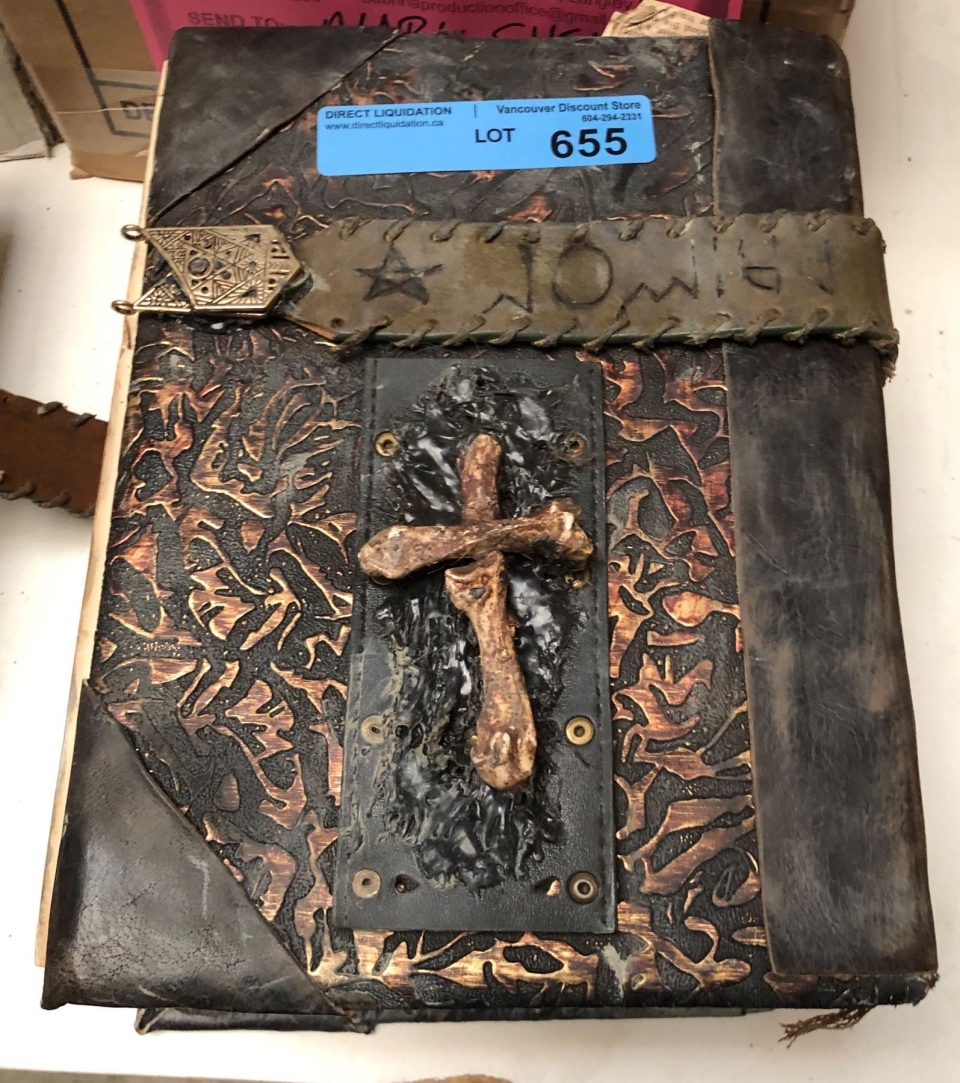 Among the other items from Sabrina are a coat rack with deer hooves as hooks, old-fashioned furniture and décor, vintage mirrors and clocks, and a pair of dolls.

Those looking for something a little larger may be interested in a six-metre-tall carousel featured in season three of the series. 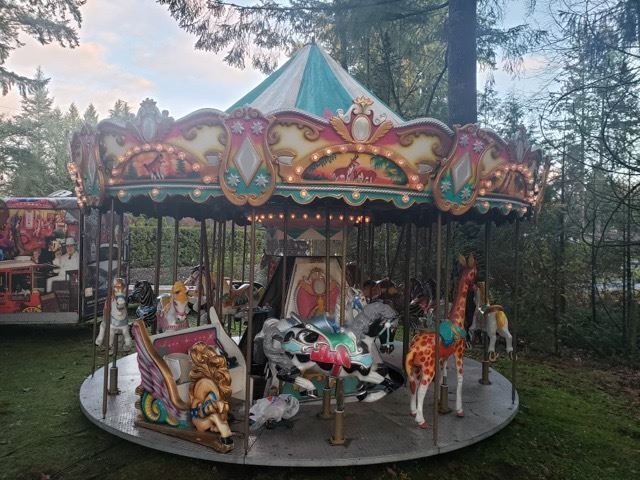 Fans who preferred Sabrina, the Teenage Witch can put in a bid on a script for the show signed by lead actress Melissa Joan Hart.

From the show Supernatural, the site lists a "real life sex doll" featured in season six -- "she is lifelike and can almost be a cheap date," the item description reads -- and some strange animal costumes. 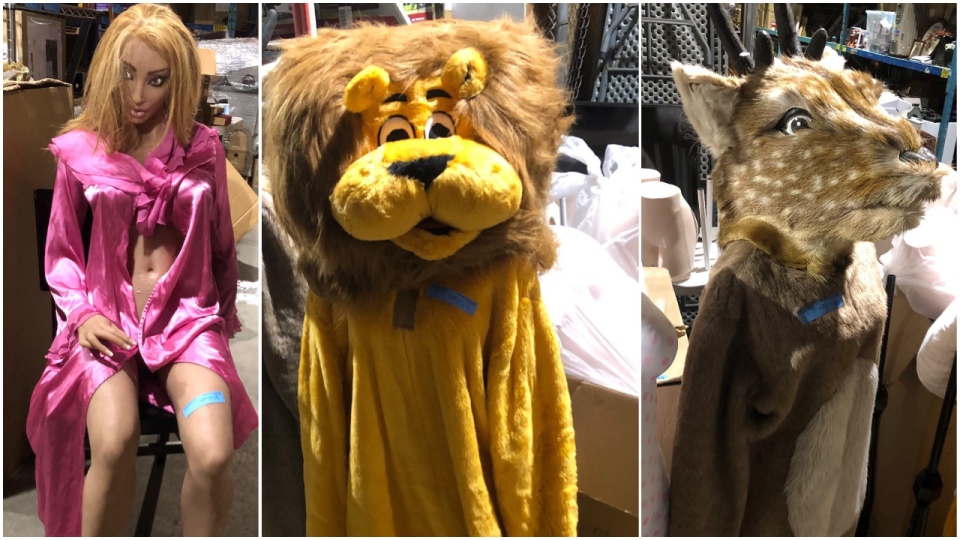 The site says these items were purchased by a collector previously, and are now being resold through the auction.

And anyone looking for an escape from the pandemic may be interested in a cryogenic time travel chamber from Wayward Pines, a show starring Matt Dillon. 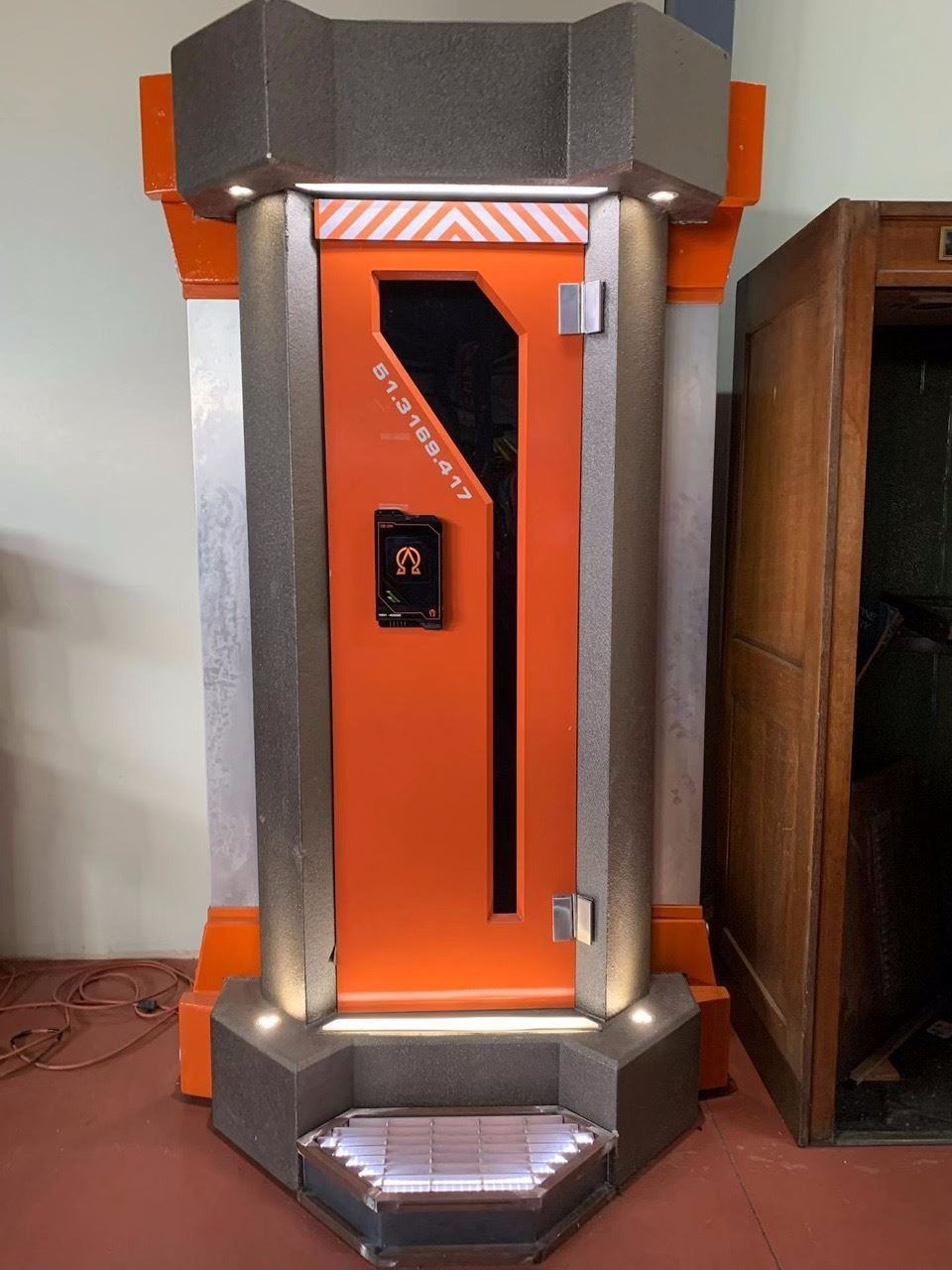 Also for sale are racks of clothing from Day of the Dead, a 10-episode zombie-themed series based on the classic 1985 film of the same name.

There are several prop guns for sale from an unnamed sci-fi show, and some vintage signs advertising Coca-Cola. 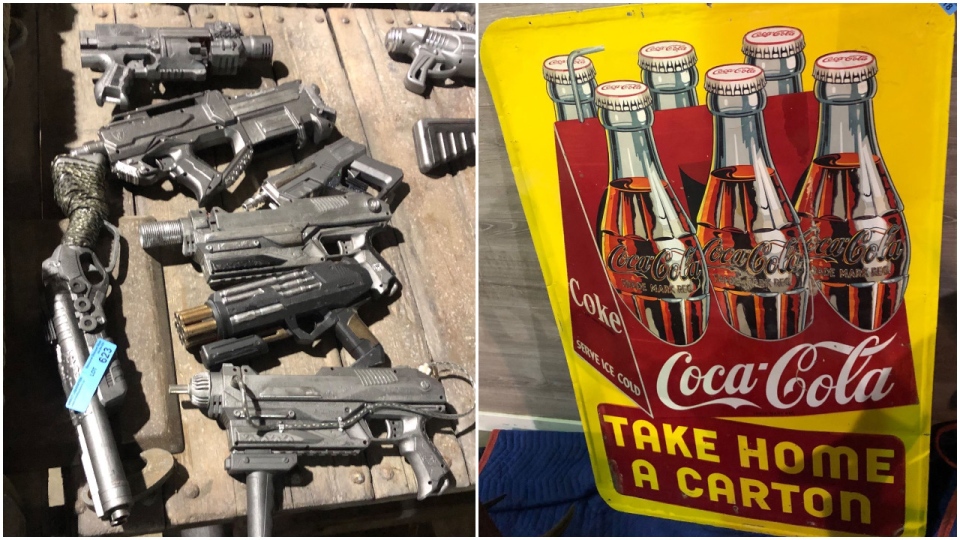 Less practical items include a 76-inch-long stuffed sailfish with "slight damage to the fin," a 10-foot banner for a fictional bake sale, a "pillar of bells," a box of lifelike crabs, trays of miscellaneous keys and a wide array of taxidermy animal heads, rugs and full-sized creatures. 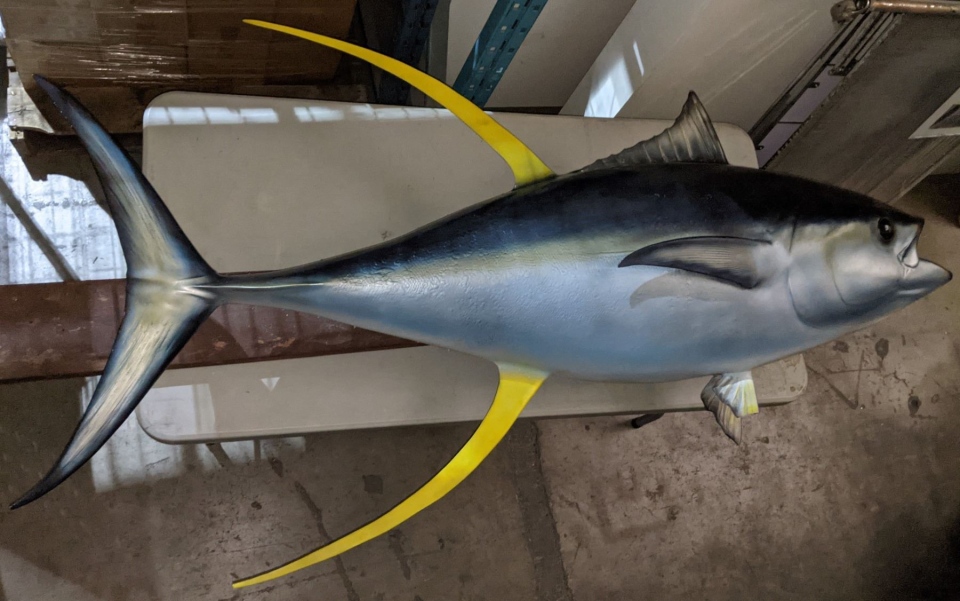 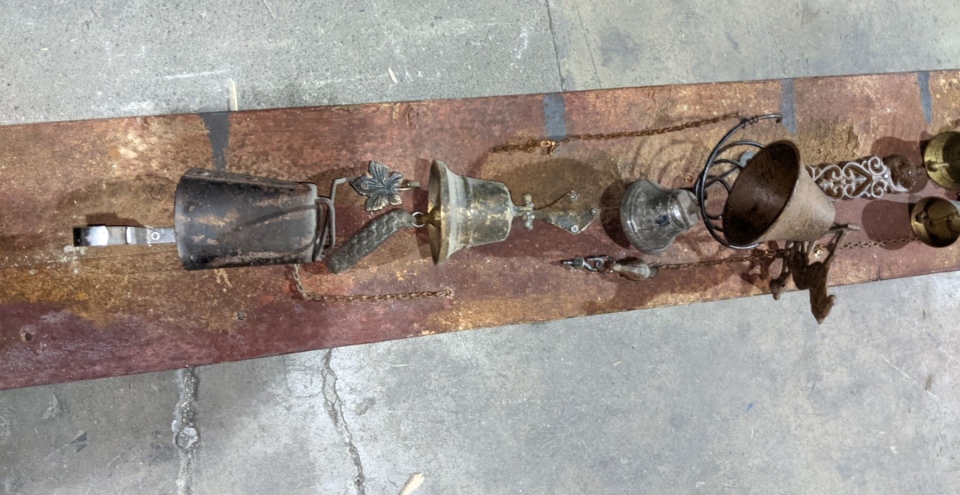 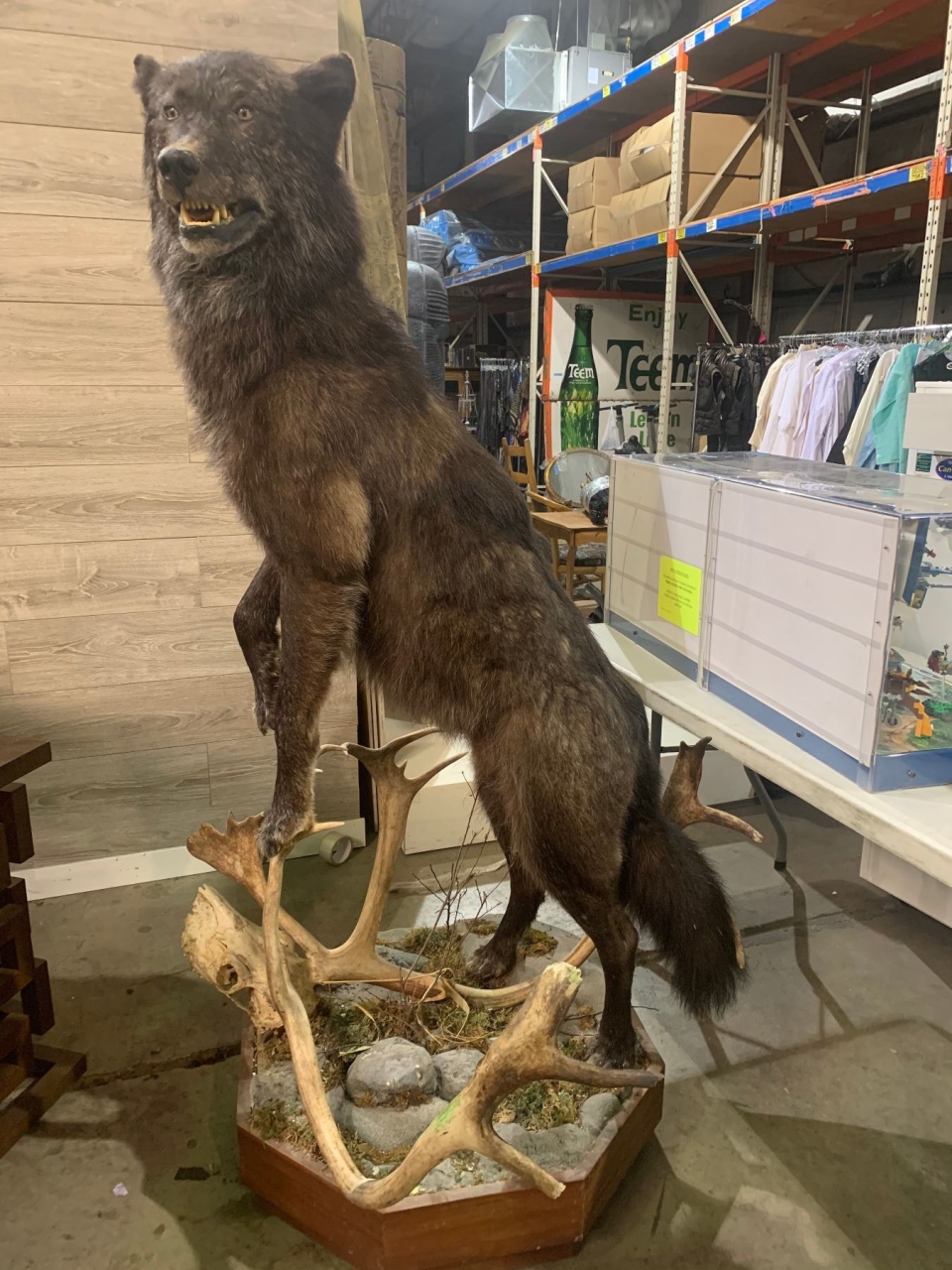 There are also a surprising number of poliresin dog statues of different breeds listed, and a 31-inch-long, slightly worn, for-display-only Snickers bar. 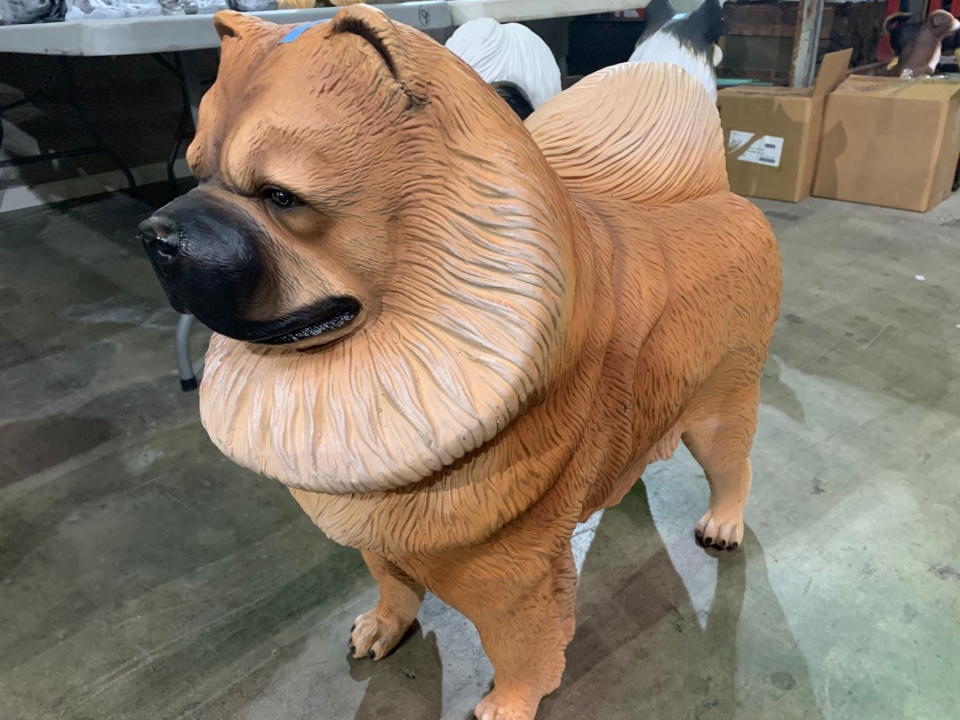 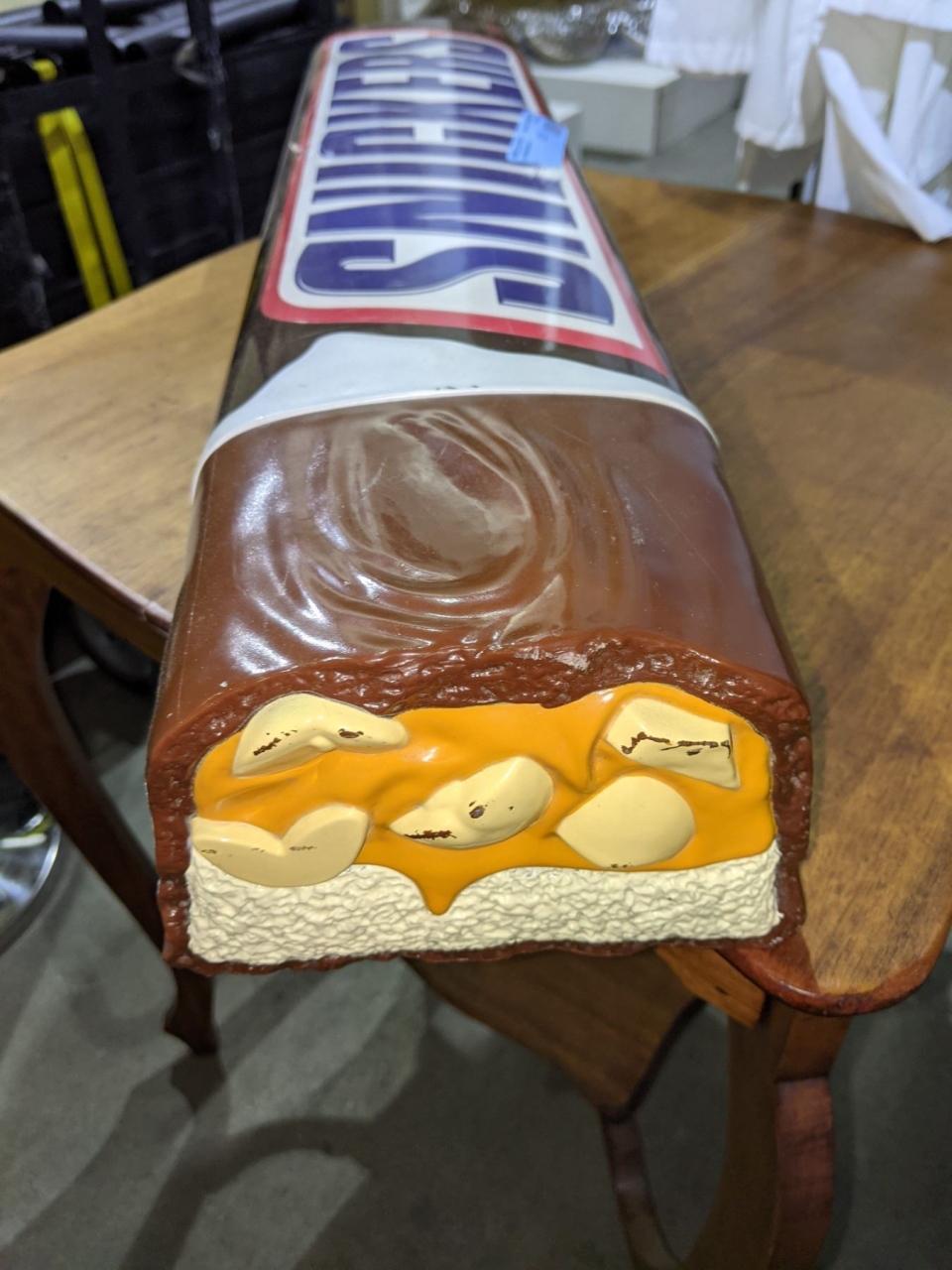 Other items, if the bidder has the space, include a "caged iron maiden," from the series Backstrom, which stars Rainn Wilson, and an eight-foot-tall mummy case from the upcoming show Under Wraps. 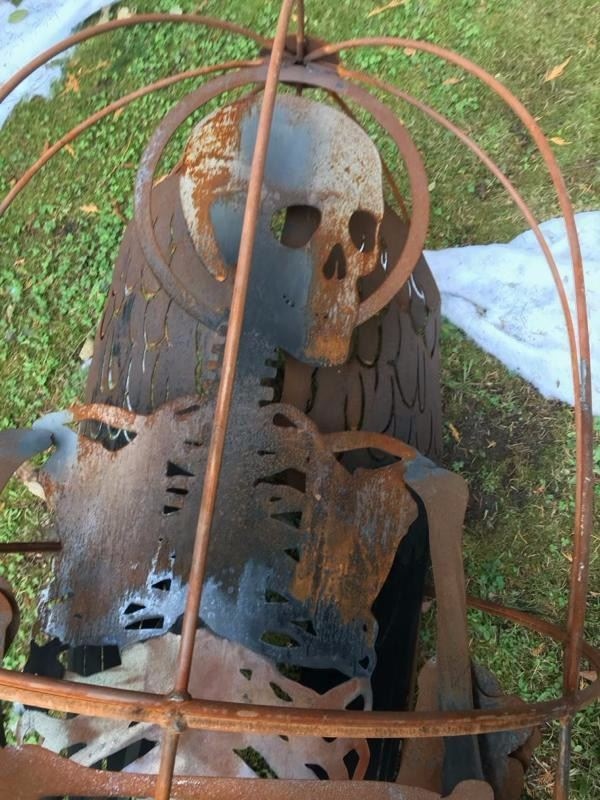 Would-be buyers can bid on their favourite items ahead of Saturday's event, then pick up their purchases in Burnaby over the next week. They can also arrange to have the items shipped.