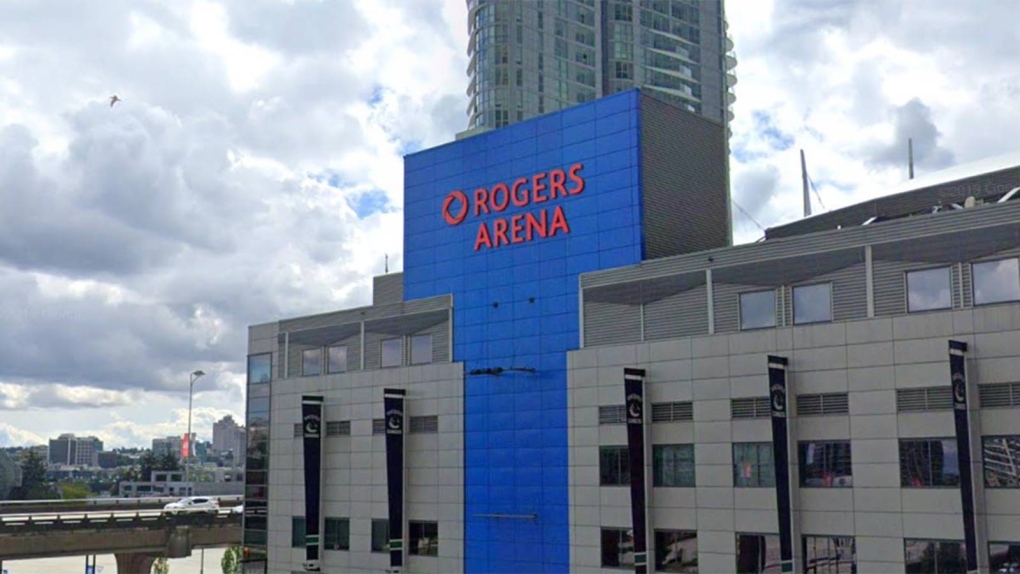 Rogers Arena is seen in this undated Google Maps image.

VANCOUVER -- The Aquilini Investment Group has been ordered to pay a B.C. tech consultancy firm more than US$600,000 after breaching a contract and failing to pay for software installed at Rogers Arena in 2017.

The initial contract was worth US$484,000, but the Aquilini Group has been ordered to pay that and more in what Supreme Court Justice Catherine Murray ruled was “a straightforward case of breach of contract.”

In the summer of 2017, North Shore firm Six Factor was contracted to sell and install 1,000 licences for Google’s G-Suite, software used in cloud computing. The work was finished by July 6, 2017, one week after the contract was signed. The Aquilini Group ordered another 20 licences, which were installed by the end of the year.

A year before the first payment was due, the Aquilini Group terminated the contract – and has still not paid a cent, according to the court ruling.

“Aquilini has paid nothing to Six Factor for the licences,” Justice Murray wrote in Tuesday's judgement. She also determined Six Factor met its obligation under the contract.

The contract did not include a termination clause, a fact the judge noted in her ruling. “The sole issue to be determined,” Justice Murray wrote, “is the appropriate amount of damages to be awarded to Six Factor as a result of Aquilini’s breach of contract.”

The ruling does not make clear why the Aquilini Group ended the contract.

CTV News reached out to the Aquilini Group through its lawyer for comment on Wednesday afternoon and has not heard back.

In court, the Aquilini Group argued the consultants were only owed the amount they were expected to profit on the deal, which came to US$55,000, according to the decision. The judge disagreed and ruled the Aquilini Group was on the hook for the amount laid out in the contract in addition to interest.

The Aquilini Group also argued Six Factor could have mitigated losses, but the judge disagreed with that as well.

“This is not a case where Six Factor could turn around and resell the licences as they are assigned to Aquilini’s domain and are non-transferrable,” wrote Murray. “Six Factor did attempt to get cost concessions from Google but that was in an attempt to preserve their business relationship with Aquilini.”

G-Suite includes Google tools such as Gmail, Calendar, Drive, Docs, Sheets and Slides. The highest tier subscription for G-Suite is currently listed online costs $25 per month per user and includes unlimited storage and other business features.

In total, the Aquilini Group is ordered to pay nearly US$608,000 to Six Factor a total based on interest for the two installments plus the additional 20 licences as well as technical and training services.

CTV News reached out to Six Factor as well and has not heard back.