Jody Wilson-Raybould was interviewed by RCMP this week 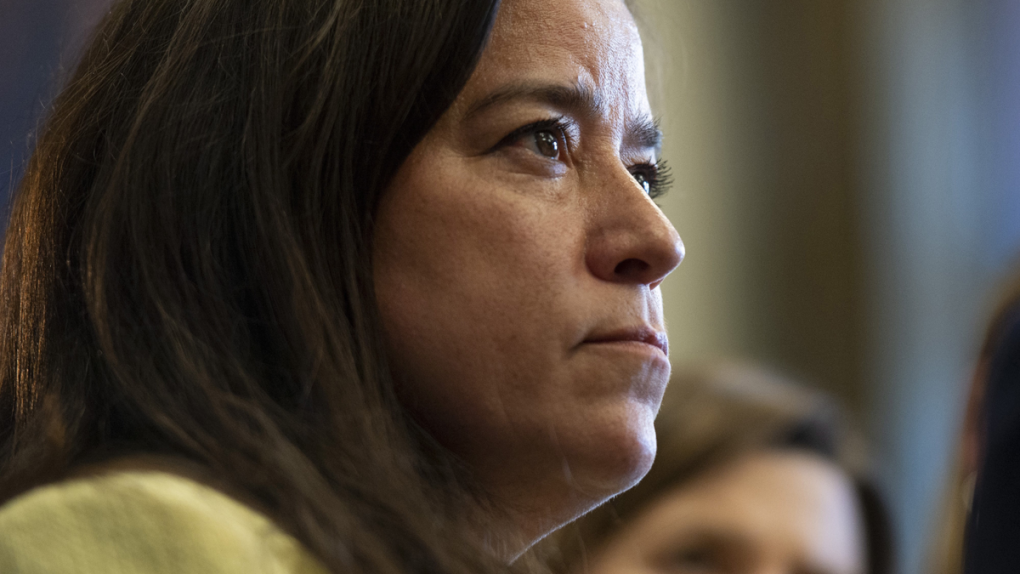 Jody Wilson-Raybould speaks to reporters before Question Period on Parliament Hill in Ottawa, a day after being removed from the Liberal caucus on Wednesday, April 3, 2019. (Justin Tang / THE CANADIAN PRESS)

A politician at the centre of the SNC-Lavalin affair said she spoke to RCMP investigators this week.

Jody Wilson-Raybould, a former Liberal cabinet minister who resigned and left the party earlier this year, confirmed reports she'd met with police Tuesday, but provided no details on what was discussed.

"I don't have anything to say about that. I can confirm that I did meet with the RCM Police but those conversations are confidential," she told CTV News two days later.

Her involvement in the investigation into allegations of political interference is something that comes up on the campaign trail, she said.

"It comes up in, obviously, people knowing who I am. People thank me for what I did, ask me specific questions," she told CTV.

"Generally it's thankful and people speak about integrity in politics and that they're supportive of my stance and serving as a member of Parliament, so that is very heartening. Having said that, I never take anything for granted. I know that I'm going to have to work incredibly hard."

Wilson-Raybould spoke to CTV News last month following a report from the federal ethics commissioner that found the prime minister violated the Conflict of Interest Act. The violation occurred, the commissioner said, when Justin Trudeau and his office interfered in the SNC-Lavalin investigation and attempted to pressure then-justice-minister Wilson-Raybould to reconsider cutting the company a deal on corruption charges under what's known as a Deferred Prosecution Agreement.

The commissioner found the prime minister's authority and office were used to "circumvent, undermine, and ultimately attempt to discredit" Wilson-Raybould's authority and her office.

During a hearing before the report was issued, Wilson-Raybould said the Prime Minister's Office was behind a months-long attempt to get her to arrange a deal to head off prosecution over allegedly corrupt dealings in Libya.

Trudeau has said his priority was saving jobs, and that his aides didn't realize how Wilson-Raybould saw their actions but their intentions were to help.

"I was gratified when I read the commissioner's report that upheld what I’ve been saying all along about what happened to me, about the successive attempts at political interference," Wilson-Raybould told CTV News in August.

On the campaign trial, which officially kicked off on Wednesday, the affair was brought up during media availabilities with the Liberal leader.

Trudeau was asked what his government was hiding, but said his office gave the largest waiver of cabinet confidences in Canadian history.

Legal experts tell CTV News they're not sure how he's measuring that claim, let alone how true it is.

Ethics issues brought up through the SNC-Lavalin investigation are expected to be a key issue during the 40-day race to the election.

Before the polls open on Oct. 21, parties are expected to spar over Trudeau's conflict of interest, as his government came into office four years ago on a promise of openness and transparency.

Wilson-Raybould, who is running in Vancouver Granville as an independent this election, said she feels good about her campaign.

"We've been working really hard in this riding since 15 months before the last election," she said.

Her message to voters is that she's hoping to earn their support again, and she said she's been having conversations about working beyond party lines.