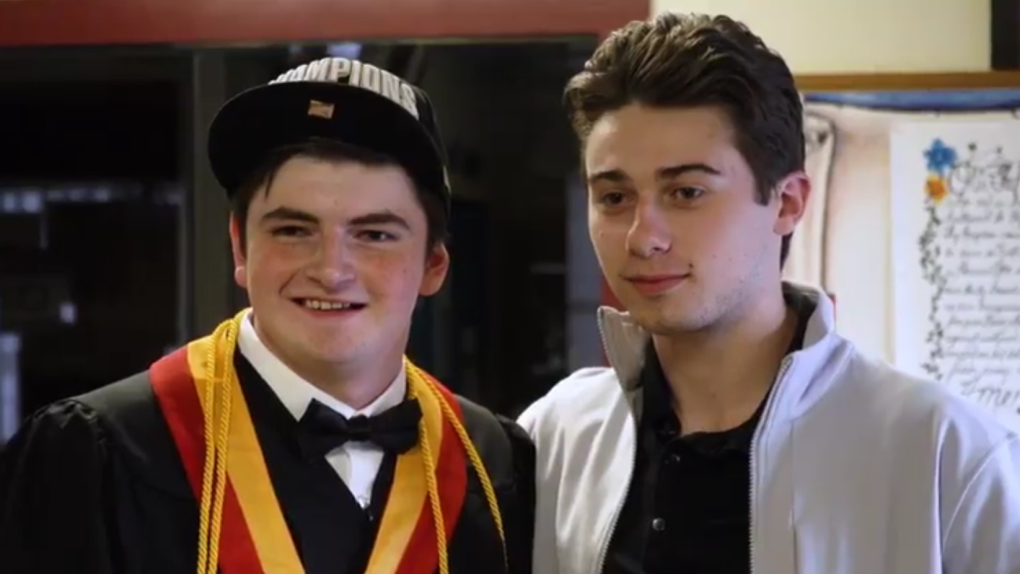 Jonathan Myskiw, left, is seen meeting Vancouver Canuck Quinn Hughes in this image posted by the team to Instagram.

The team posted a two-minute clip to Instagram Monday showing the 19-year-old hockey player meeting and posing for photos with Jonathan Myskiw, who lives with autism and an anxiety disorder.

Myskiw became the first secondary school graduate at Fawkes Academy, a school for those with developmental disabilities.

"I got a message from Jonathan saying that he was going to be the first person to graduate from his school and that he was the biggest Canucks fan," Hughes said in the video, which was shot in late June. "I could tell how much it meant to him, and for me, I think it's important to try to do nice things and be a nice person and I feel like this was a good opportunity to try to do that."

"He's around my age and I thought we could get along and he'd be a good guy to be around," Myskiw said. "He's an awesome guy."