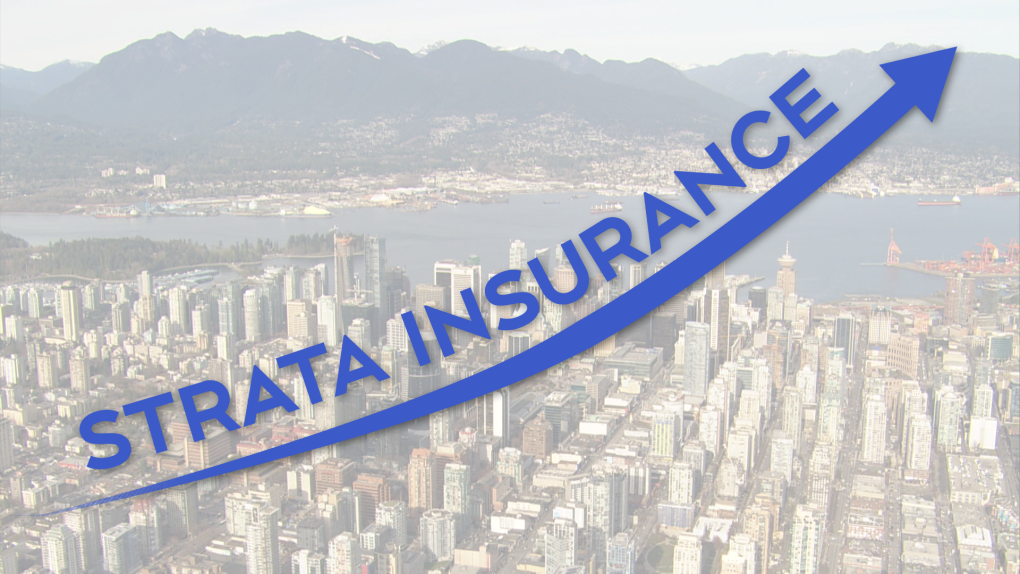 Some buildings can't qualify for insurance and a collapse is predicted if it can't be fixed.

BC Financial Services Authority responds to hike in strata insurance premiums in an email to CTV News Vancouver:

As British Columbia’s independent financial services regulator, the BC Financial Services Authority monitors the marketplace closely.  We are also in constant contact with our regulatory partners.

Condo owners are bracing themselves as strata councils try to renew insurance coverage.

“It’s going to be a shocker,” said Tony Gioventu, executive director of the Condominium Home Owners Association of B.C.

Some strata buildings are facing increases from 50 per cent more to three times as much as last year.

“We came across a development last week where the policy has increased from $300,000 to $1.2 million,” said Gioventu.

Property management companies are warning strata councils to be prepared, with one report of a building with an insurance premium increase of nearly 700 per cent.

“The deductible will certainly be a devastating blow to the financial reserves of these communities or to the cost of individuals,” said Gioventu.

Higher premiums will affect owners' monthly strata fees – and homeowners could see a 20 per cent increase, or more.

Individual condo owners may also have to carry the full load of an insurance claim. Consider an instance where a condo owner gets distracted while filling the bathtub and it overflows, damaging several units below.

“It’s very possible individual owners are going to find themselves liable for these high deductibles if they’ve been responsible or the cause of these claims,” he said.

That could happen if the total damage is $140,000 for example on a policy with a $150,000 deductible. The strata may decide not to file a claim leaving the owner responsible for the damage on the hook.

Not all condo buildings across the province will be affected in the same way. Some may see little or no increase. The hardest hit will be large expensive buildings, those that have had several claims in recent years and those strata councils that haven’t kept up with maintenance and repair, resulting in a higher risk of claims.

Why is it happening now?

“Some insurers are really re-evaluating their underwriting criteria and their risk appetite,” said Rob de Pruis, director of consumer and industry relations for the Insurance Bureau of Canada.

He’s says there are about 65 commercial insurers in B.C. and not all of them offer insurance to strata corporations.

Also catastrophic events like B.C. wildfires and flooding hasn’t helped – but it’s not just events happening here that have an impact.

Climate change is considered a factor in several extreme weather events, like wildfires and flooding in California, hurricanes on the East Coast, and the major flooding Alberta experienced in the last decade.

“And because of that, that may also factor in to the premiums for different corporations and commercial entities across Canada,” added de Pruis.

According to the Insurance Bureau of Canada, years ago insurers would pay out about $500 million annually in Canada. In 2018 they paid out about $2 billion and that risk is being passed around.

“This really disperses the liability away from the corporation and down to the individual owners,” said Gioventu.