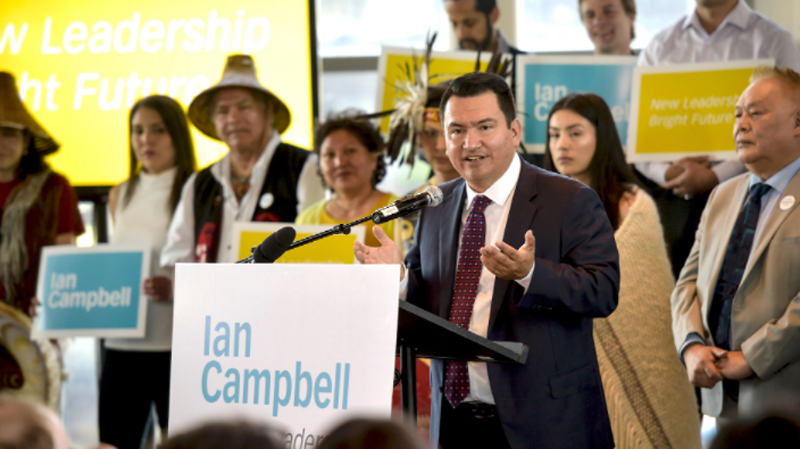 Ian Campbell, hereditary Chief of the Squamish Nation, is shown in a photo from Vision Vancouver.

Vision Vancouver has acclaimed Ian Campbell, hereditary Chief of the Squamish Nation, as its mayoral candidate in the upcoming municipal election.

"I put my name forward because I see an important opportunity to renew our party, and work together to solve the immense challenges facing our city," Campbell said on Twitter Thursday. "I am honoured and privileged to be your candidate."

In a campaign video, the longtime band councillor said he considers affordability to be the top issue facing the city.

"Ian's commitment to community and public service is undeniable, working his whole life to bring people together – from all background and from across the political spectrum – to mobilize on progressive policies that matter to real people," party co-chair Michael Haack said in a news release.

Over the weekend, the Non-Partisan Association picked its own mayoral candidate, Ken Sim, an entrepreneur and political outsider who would be Vancouver's first Chinese-Canadian mayor.

Kim, who co-founded the Rosemary Rocksalt bagel franchise, has vowed to make the city more business-friendly if elected.

Former MP Kennedy Stewart has also tossed his name into the ring as an independent, as has former Vision Vancouver board member Shauna Sylvester, who would be first woman to hold the city's top political job.