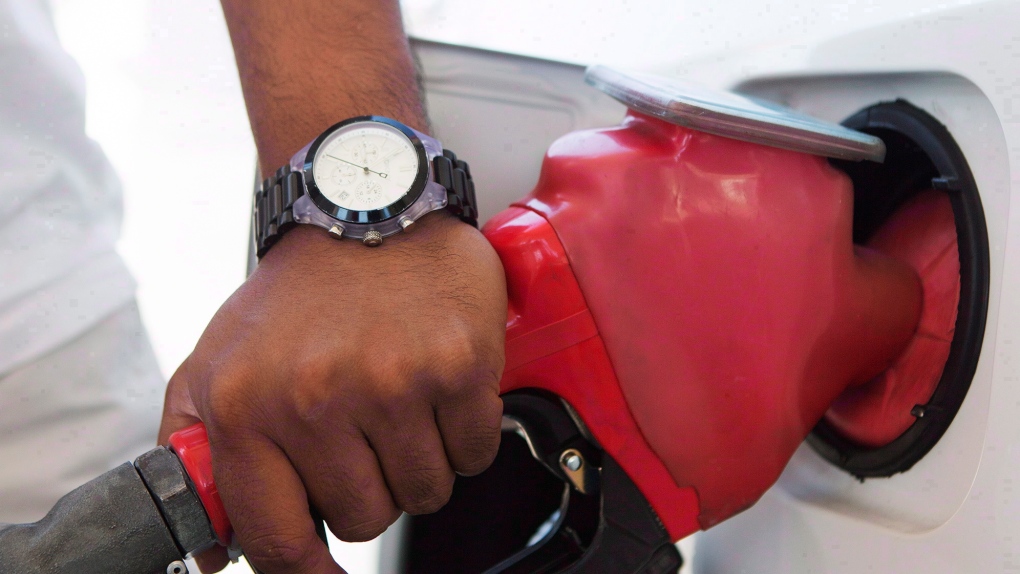 A person pumps fuel in Toronto. (THE CANADIAN PRESS/Michelle Siu)

Drivers across Canada are feeling the pain at the pumps as gas prices continue to reach record highs due to the conflict in Ukraine.

The sky-high prices have even prompted some residents of British Columbia to travel across the U.S. border into Point Roberts to fill up their tanks and save a few bucks.

But one local expert says those looking to save money closer to home can follow a series of tips designed to maximize fuel efficiency.

Josh Smythe, an automotive specialist and customer care manager at BCAA, told CTV News Vancouver Tuesday that drivers will notice savings over time if they follow these simple tricks.

According to Smythe, one of the most important things drivers can do to get more out of their tank is to ensure their vehicle is properly maintained.

"Maintenance plays a huge part in making sure the power or the energy supplied by the fuel actually gets to the road," he says. "There's this energy loss through the engine just from road contact, so you're not getting 100 per cent of power out of the fuel to the road. But the better maintained your vehicle is, the less resistance, less friction, and less power loss."

Smythe adds that one of the biggest misnomers is tire pressure.

"Over-pressurizing your tires to get a marginally different fuel consumption…what you're saving with that is being eliminated by needing to replace your tires prematurely."

BCAA says punching the pedal can increase fuel consumption by up to 37 per cent, and it doesn't necessarily get you anywhere faster.

"If you're driving aggressive then you're braking aggressive," Smythe says. "So now all this fuel that you use to get the momentum of your vehicle in motion is being eliminated because you need to hit the brakes again."

Lighten the load and make your car more aerodynamic

Removing excess weight and roof racks when you're not using them is another key factor in driving smarter, Smythe says.

"If you have excessive weight in your car, your engine has to work extra hard in order to get all this weight moving," he says. "When you're hitting your brakes, you're now removing the power that you put into the car for forward motion…so it's counterproductive for mileage."

Take the path of least resistance

Smythe says another tip to keep in mind is planning your trips ahead of time to help avoid high-traffic areas and driving during rush hour.

BCAA also recommends that drivers consolidate errands into one trip or to combine them with your daily commute.

BCAA also recommends that drivers don't sit idle for more than 60 seconds and that shutting off and re-starting your engine actually consumes less fuel than keeping your vehicle running.

"All of these things as individual tips might not necessarily get you a measurable result," Smythe says. "But if you're following all of these tips, over time you will certainly see that it's costing you less."