How a Vancouver man is turning food waste into free meals 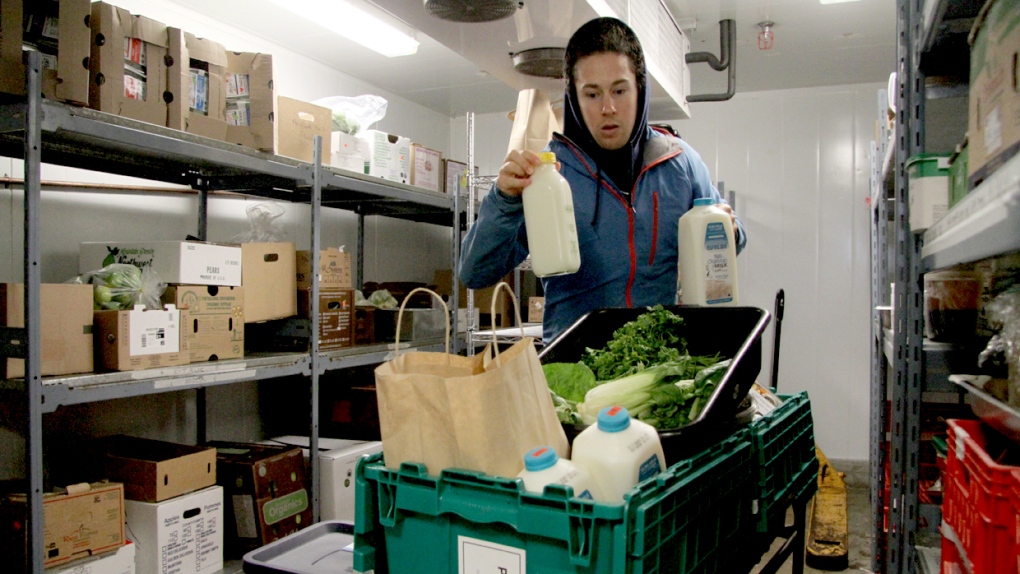 That’s enough of each product to feed most families for years. It's also how much food Metro Vancouverites waste each day, according to regional authorities.

And with more people struggling to afford groceries, David Schein saw an opportunity to help those in need.

In September 2016, the former Vancouver high school teacher launched Food Stash Foundation. The charity collects fresh, edible food that local cafes, restaurants and grocery stores would have disposed of and distributes it to charities across the region.

Working from the back of an unassuming Toyota minivan, Schein and a group of volunteers have saved more than 90,000 kilograms of food from going to waste over the past year and a half. 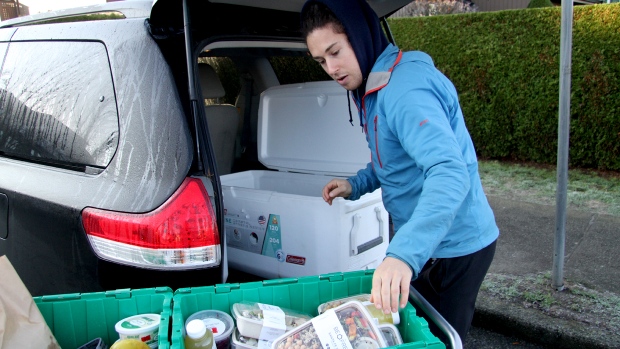 Schein said he was inspired to start the project after seeing a film called "Just Eat It: A Food Waste Story" by Vancouver-based filmmakers Grant Baldwin and Jenny Rustemeyer. The 2014 documentary aims to shed light on the billions of dollars in edible food North Americans throw away each year by tracking how different products make it from the farm to our fridges.

"It was really interesting to see not only the quantity of waste but also the quality," Schein said.

"It got me thinking if there was something I could do that would help reduce one aspect of food waste as it happens throughout the food chain."

After setting up the charity, Schein began approaching local cafes, restaurants and grocery stores to see if they'd be interested in donating their food waste.

"Generally, it has been difficult," he said. "The majority have still said no, but enough stores have been supportive which has enabled Food Stash to exist."

The organization now has around 40 donors that range from large chains such as IGA and Whole Foods to local businesses such as Virtuous Pie and Batard Bakery. 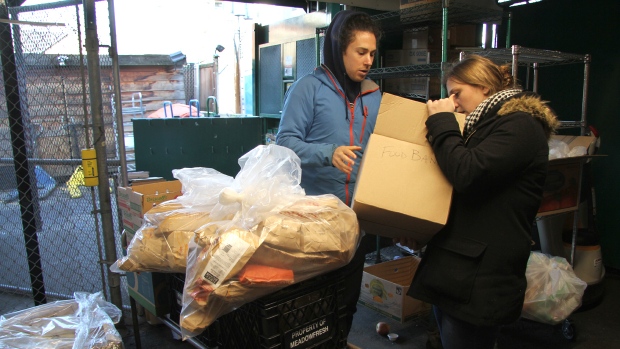 In most places, Schein has become a familiar face, exchanging small talk with smiling employees before picking up the stash of food they've set aside for him ahead of time.

Schein then loads boxes of fruit, vegetables, dairy products, ready-to-eat meals and bread into his van.

Some of the food he picks up is slightly blemished. Other items have just passed their best-before date. All of it is perfectly edible, he said, arguing that these dates have created a false understanding of what's good to eat and what isn't.

"I think the government should get rid of or change all the different dates we see on food like best before, freshest by, sell by etc. because these confuse people and lead to people throwing out food that is still perfectly good to eat," he said. 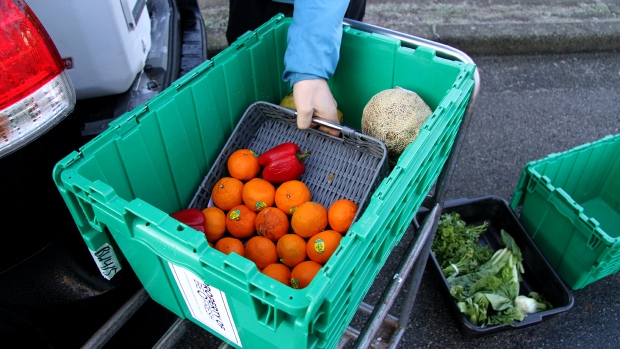 "The dates are not standardized and it's the company that decides on them so it is their best interest to put a shorter date on it to increase consumption."

On the receiving end of his journey, Schein is met with similar smiles at charities such as The Kettle Society in East Vancouver.

"The charities we work with are very happy to receive donations and it's rewarding when people tell you how grateful they are for this food when you arrive to drop it off," he said.

Other food recipients include Directions Youth Services, Inland Refugee Society of BC and the Mount Pleasant Neighbourhood House. 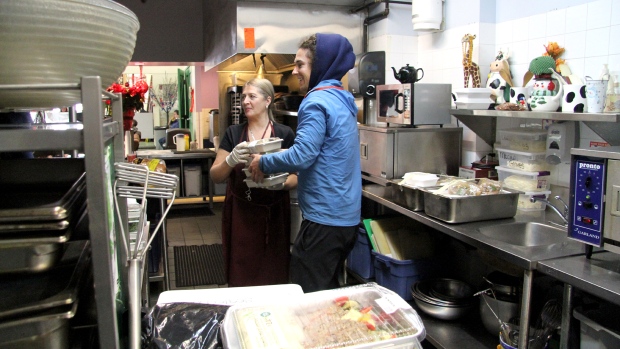 Schein, right, is seen dropping off ready-to-eat meals and other ingrediates at The Kettle Society in Mount Pleasant. (Dario Balca / CTV)

According to a study by Metro Vancouver's "Love Food – Hate Waste" campaign, the region produces more than 200,000 tonnes of food waste annually in uneaten leftovers and ingredients that spoiled before they were used.

More than half, the study found, could be avoided.

Individual households are responsible for a whopping 47 per cent of all food waste in Metro Vancouver, the numbers suggest. That amounts to about $700 a year per household.

The study also looks at the environmental and infrastructural toll of food waste.

"Food waste in landfills is a significant source of (greenhouse gases). Food that is garburated and washed down the sink, or flushed down a toilet impacts our sewer infrastructure," the report said.

"For these reasons, reducing food waste is an obvious benefit to Metro Vancouver."

Schein said that while operations like his can help make a dent in these numbers, significantly reducing food waste requires sweeping legislative changes and a different attitude towards how we consume food.

"At a provincial or federal level the next step would be to make a law stating that all stores have to donate unsold food which has happened in both France and Italy," he said. "The more connected to our food system we become I think people will generally choose products that have a smaller impact on the environment the majority of the time.

"I'm passionate about reducing food waste because it seems like such a win-win to me."