Haze over Metro Vancouver is mostly cloud, some wildfire smoke 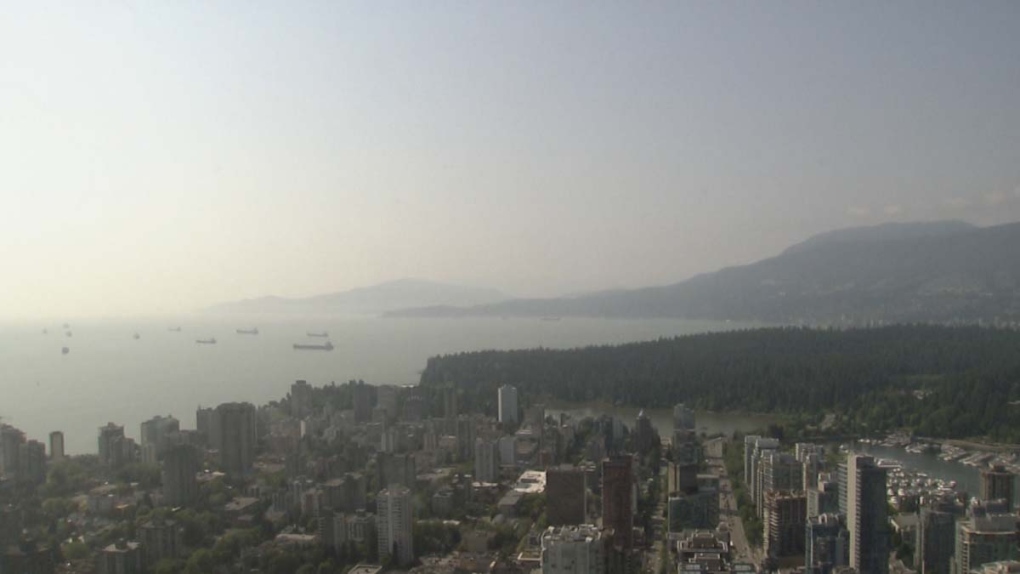 Haze is seen from the CTV News Vancouver tower cam on Wednesday, May 29, 2019.

Noticed the haze over parts of Metro Vancouver lately?

While some might assume it's wafting in from the Alberta wildfires that have prompted air quality advisories elsewhere, most of what's visible locally is not smoke, an expert says.

One of Metro Vancouver's air quality planners says she believes it's mostly cloud.

"Monitoring data from the air quality monitoring network indicate that at the surface (i.e. in the air we breathe), air quality is generally where we would expect it to be at this time of year," Julie Saxton said in an email to CTV News Vancouver.

As of Wednesday afternoon, the level health index is ranked at two, or low, at most air quality and weather stations in Metro Vancouver.

Still, Saxton said, it's possible there's a "relatively small amount of smoke" over the area drifting in from the fires.

"Some of this will be aloft (in the upper air), which again may be noticeable visually, and a small amount may have reached the surface," she said.

Any smoke that is in the area is expected to dissipate over the next day or so, Saxton predicts.

She said conditions are impacted by changes in wildfires and weather. Staff monitor air quality closely throughout the year, especially during the wildfire season that has had impacts on Metro Vancouver in the last four years.