Have you seen John Pop? Search underway for missing senior in Chilliwack 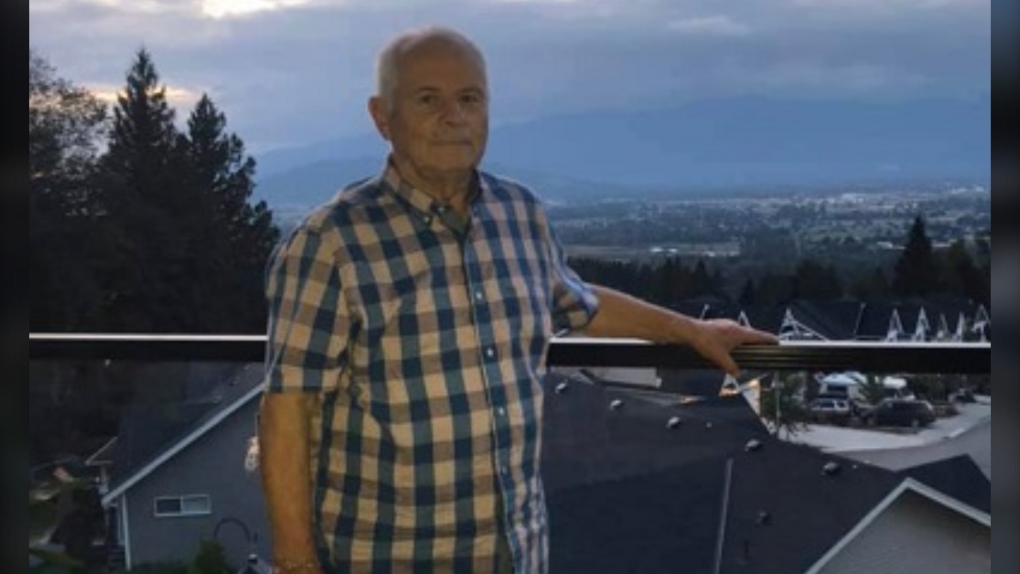 VANCOUVER - Mounties in the Fraser Valley are asking the public for help locating an elderly man with dementia who has been missing since Tuesday afternoon.

Ioan Pop, 79, was last seen just after 4 p.m. Tuesday at his home on Teskey Road, near Tournier Place, in the Promontory area of Chilliwack, according to RCMP from the Upper Fraser Valley Regional Detachment.

Posts on a Facebook group dedicated to finding him say he also goes by the name John. Though he has severe dementia, he does recognize his name, according to the posts.

Monica Wickham, Pop's daughter, told CTV News Vancouver this is not the first time he has wandered off.

On those previous occasions, he's been found within an hour, thanks in part to a GPS tracking watch that provided alerts on his whereabouts, Wickham said. Unfortunately, that watch recently stopped working.

"We were in the process of replacing it, and of course that's when it happened," Wickham said.

She said Pop lives with his wife and their son, Wickham's brother, whose job as a truck driver keeps him away from home for long stretches.

Health care workers visit the home a few times per day, and there is an alarm on the door that goes off whenever someone opens it, Wickham said. When Pop left on Tuesday, Wickham's mother was in the kitchen putting dishes away and didn't hear the alarm, she said.

Wickham said a neighbour's surveillance video doesn't show Pop walking by on his own, leading the family to believe he turned right when he left the house. So far, searchers haven't found any signs of him.

"He could be anywhere," she said. "He's very strong, physically. He's in great shape. It's just his mind."

Police describe Pop as a white man who stands 5'6" and weighs roughly 200 pounds. He is bald, but has grey hair on the sides of his head.

RCMP say Pop doesn't speak English and has difficulty in his native Romanian because of medical issues. He typically wears a medical bracelet on his right wrist that has a phone number for his family on it, police said.

Police and Chilliwack Search and Rescue are searching for Pop, as are many private individuals who have been posting their updates to the Facebook group.

"They're so wonderful," Wickham said of the community members who are volunteering their time to help try to find her father. "I'm overwhelmed. I don't even have words. It's very touching."

Pop is the third person over age 75 to go missing in the Fraser Valley since July. Ethal "Grace" Baranyk, 86, disappeared on July 13 and was found deceased more than a month later. Earlier this month, 82-year-old Valentina Kushnareva was reported missing after going mushroom picking near Cultus Lake. She hasn't been found.

Some members of the Facebook group looking for Pop were also members of a similar group set up to find Baranyk. They told CTV News they're hoping for a better outcome this time around.

Anyone who sees Pop or has information on his whereabouts is asked to call 911.