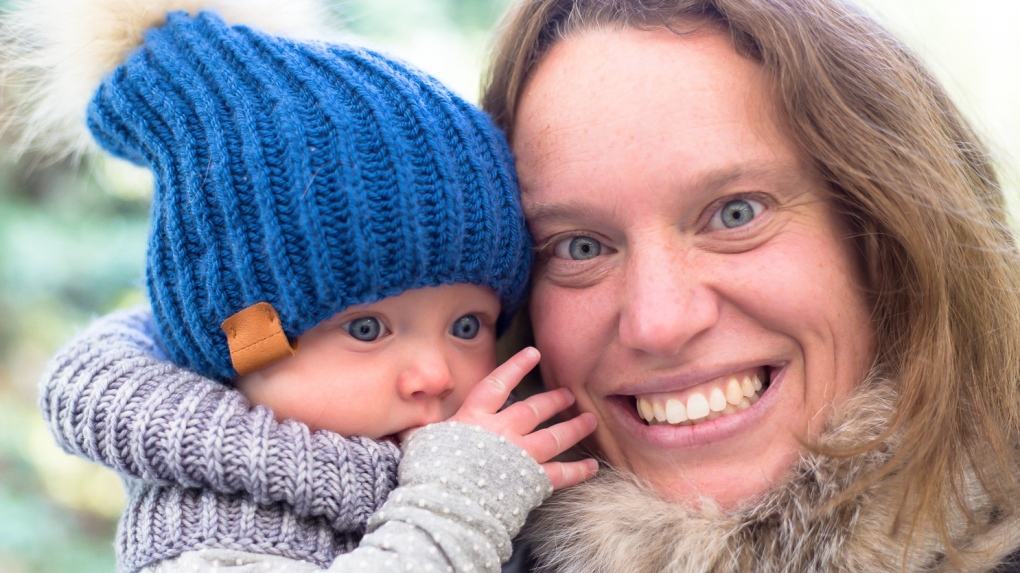 An emaciated grizzly bear was responsible for the deaths of a woman and her infant daughter in the Yukon last November, a coroner's report says.

Their deaths were reported by the child's father, who said he'd killed the bear before finding their bodies in a rural area.

The coroner found the mother and daughter's injuries to be consistent with a bear attack.

Valérie Théorêt, 37, and her 10-month old baby Adèle Roseholt died on Nov. 26 near the cabin where the family had been staying.

The cabin located about 250 metres away from Einarson Lake is used by hunters, and Théorêt's partner Gjermund Roesholt told police he'd been trapping at the time.

The couple's intent was to stay at the cabin for a few months, then Théorêt would return to Whitehorse where she worked as a teacher. They'd set trap lines to the north and south of the cabin, as well as a short line about a 20-minute walk away, the coroner's report released Wednesday said.

They stored offal - entrails and internal organs of animals - in a shed a short distance from the cabin, but the family kept a clean camp and provided nothing that would have attracted the bear, the coroner and chief conservation officer said in an email to CTV News.

The coroner wrote that Roesholt left the cabin after breakfast to run a trap line. He returned around 2:30 p.m. and noticed fresh bear tracks in the snow at the lake, which appeared to be leading toward the cabin.

He went indoors, but found that his partner and daughter weren't inside, so he went looking for them.

"He had his loaded 7 mm Remington Magnum rifle with him and as his concern heightened, he had this at the ready," the report reads.

Roesholt told investigators he heard a growl as he searched an area about 240 metres from the cabin. A grizzly came out of the bush 15 metres away and charged at him.

"When the bear was within two metres he was able to shoot and fatally injure it to stop the attack on him," the coroner's report says.

Then, he saw Théorêt. She was lying near where the bear had fallen and was no longer alive. Remains of the baby were located nearby.

Through their investigation, officers with the Yukon's Department of Environmental Conservation were able to track the bear's path from an outfitters camp about 1.2 kilometres away. It appeared the bear followed a snowmobile trail to the cabin, headed toward a creek then wandered back.

"The investigation suggests at the same time the bear was making his circle from the east of the cabin, Valérie, with Adèle on her back in a carrier, was walking on the trail," the coroner wrote.

From the change in the bear's type of footprints (from a "lazy dragging" to an "intentional picking up of its feet,") it appeared that at some point the bear detected the pair coming toward it. The footprints suggest the bear moved off the trail and under the branches of a spruce tree, waited for their approach, then attacked.

A necropsy was performed on the bear, and determined the 18-year-old male was shot multiple times.

"The bear was emaciated and would not have been capable of hibernation given its complete lack of body fat," the report said. Given its condition and the scarcity of food at that time of the year, the bear likely would not have survived the winter.

"The bear may have also been in significant and chronic pain due to multiple porcupine quills penetrating its digestive system from mouth to stomach," the report said.

It had a large abdomen injury which was partially healed and appeared to have happened within weeks of its death.