Granville bridge will be 'fantastically healthy' after upgrades, city says 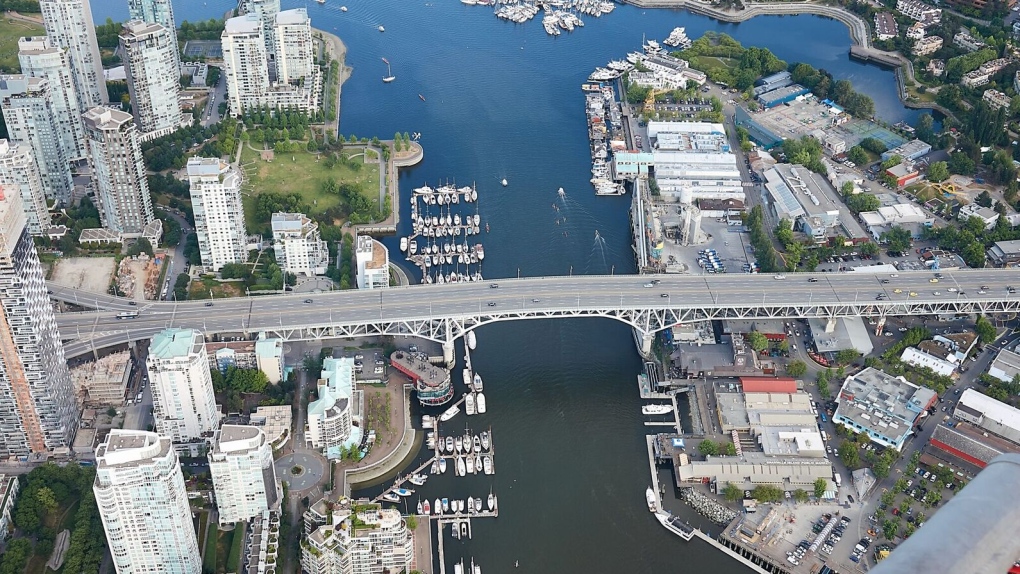 The City of Vancouver says the Granville Street Bridge will be "fantastically healthy" when structural and seismic upgrades are done.

Nearly $35 million worth of maintenance and repairs have been underway for almost a year.

The project began in October of 2018 and includes maintenance of the concrete and steel on the bridge as well as replacing some of the expansion joints and bearings.

Earlier this week, workers on Granville Island reported to CTV News Vancouver that chunks of steel up to four centimetres in length had landed in a popular area of the island. The materials are believed to have come from the beams of the 65-year-old bridge.

Creekhouse Industries general manager Davis McCann said he was worried someone could be seriously injured or killed from the steel and would like the city to up its inspections.

“Twice a year they should be coming down and inspecting the underneath of the bridge for these kind of things," he said.

The city would not confirm reports of the falling debris, but Cheryl Nelms , deputy general manager of engineering services for the City of Vancouver said officials are investigating, stressing that “anytime there is an alleged incident we investigate right away, (ensuring) the safety and security of the public is at the forefront”.

The city is also working on making the bridge safer for pedestrians and cyclists who use it. Ideas include installing a greenway down the middle of the span and an elevator down to Granville Island.