Four battery-electric buses will soon be rolling into Metro Van 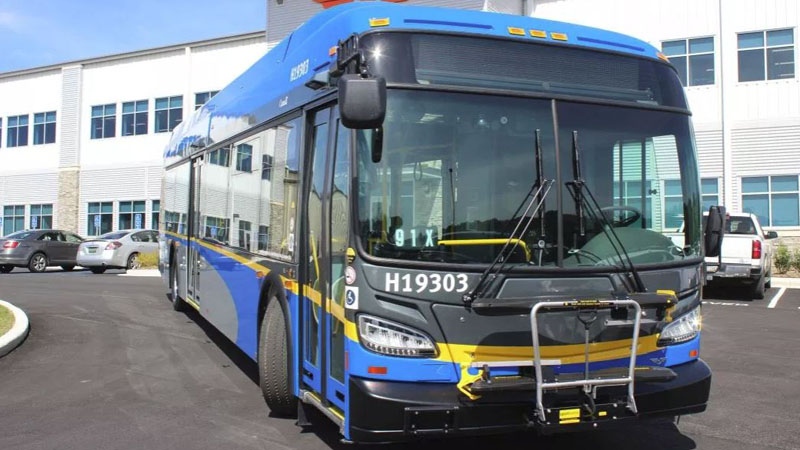 As part of a new two-and-a-half-year pilot, TransLink is rolling out four battery-electric buses. Courtesy: Translink

TransLink is welcoming four new buses to its fleet that are quite different from all the rest.

As part of a new two-and-a-half-year pilot, TransLink is rolling out four battery-electric buses.

In an announcement on The Buzzer, it says two Nova bus LFs buses and two New Flyer Xcelsior CHARGE buses are undergoing pre-delivery inspection at the moment.

Once the buses are accepted by Translink and Coast Mountain Bus Company, they'll undergo even more testing and equipment will be installed before summer.

The battery-electric buses will be used on route 100, travelling along Marine Drive through Vancouver, Burnaby and New Westminster.

Once the buses get to the end of their routes, they will get a full charge in about four to seven minutes, TransLink boasts.

The agency says over the course of the pilot, it will collect data on bus and charging station performance, maintenance and the customers' experience.

The new buses are expected to be in service this summer.