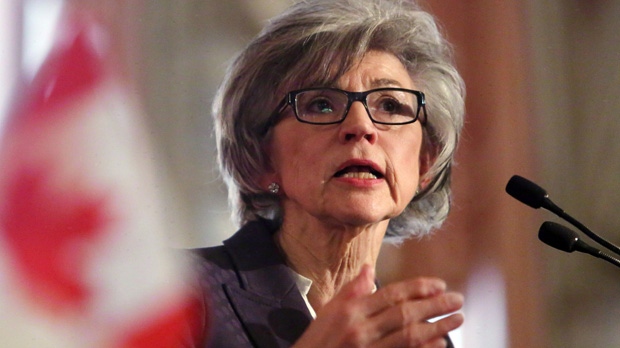 A former Chief Justice of Canada will be conducting an investigation into allegations of misconduct at the B.C. legislature.

Beverley McLachlin, who was Canada's top judge from 2000 to 2017, will spearhead an independent investigation into the actions of Clerk of the Legislative Assembly Craig James and Sergeant-at-Arms Gary Lenz, according to the house leaders of B.C.'s legislative assembly.

"We recognize it needed to be someone people recognized and someone beyond question and someone with a judicial background that could deal with the issues we're facing and her name was at the top of the list for all three of us," said Solicitor General Mike Farnworth.

Lenz and James are on paid leave, after being suspended without warning in November amid an alleged scandal that remained shrouded in mystery until Speaker Darryl Plecas released a bombshell report. Both men have denied any wrongdoing and neither has been charged with a crime.

The RCMP is conducting its own investigation.

McLachlin's appointment is expected to be considered and ratified by the legislative assembly on March 7. That report will help MLA’s determine whether James and Lenz should remain on paid leave, have their employment terminated, or be reinstated.

When questioned about the scope of her investigation, Farnworth said the former justice will have full access to the legislature's resources.

"She'll be able to look at the reports we've got and if she has questions, she'll get answers," he said.

McLachlin is expected to present a final report to house leaders by May 3, 2019. Farnworth says the report will be made public.

Beverly McLachlin is named Special Investigator by #bcleg house leaders.
A former Chief Justice of Canada, she will look into whether Clerk Craig James or Sargeant-at-Arms Gary Lenz "engaged in misconduct" according to a release. A final report is due by May 3, 2019.