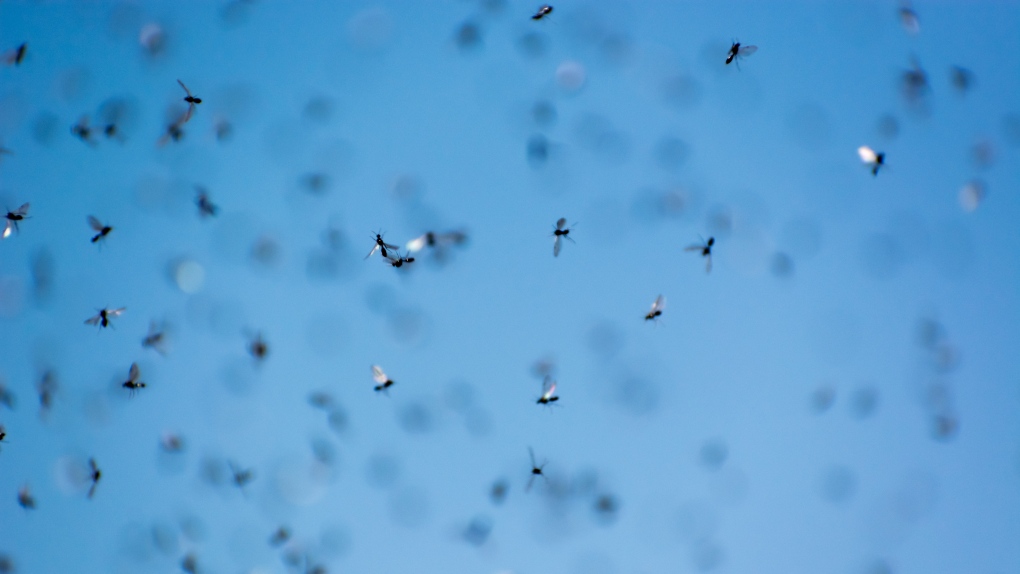 Social media was buzzing this week with posts about flying ants. (Shutterstock)

On most summer days in Vancouver, you're most likely to find ants crawling on the ground or into your picnic basket, but for a few days each year, they take to the skies.

Social media was buzzing this week with posts about flying ants. The tiny insects could be seen flying around the Lower Mainland over the last few days.

Well the flying ants are swarming Vancouver so I guess I’ll be hiding inside for the remainder of the day! #Vancouver #Flying #Ants

"The common language is 'flying ant day,' because sometimes it all happens in one day and it's really shocking," said Danielle Hoefele, who is currently completing a master's degree in pest management at Simon Fraser University. "I think more often it's over the course of a few days depending on where you are."

Despite their unusual appearance, flying ants are not a distinct species.

They're the same ants that can normally be seen crawling along the ground. The difference is, rather than worker ants, which are all female and never reproduce, flying ants are either queens or male ants. And their wings serve a very specific and limited purpose.

"They only need the wings for this one thing, which is flying ant day," Hoefele said.

She likened the ant life-cycle to that of a butterfly. Like butterflies, ants start as larvae and then become pupae before emerging as adult ants.

"They all, around the same time, become adults, and when they are adults, they have wings," Hoefele said.

She said flying ants tend to all emerge around the same time in part because they're all going through the same process, which takes a fairly consistent amount of time.

Nests in my yard are very excited for this important event. pic.twitter.com/ZdLZKnMgOG

"Part of it also is dependent on the weather," Hoefele said. "They want rain and then sun. That's when they'll fly."

The inconsistent weather in Metro Vancouver for the first 10 days of July has led Hoefele to notice fewer flying ants this year than in previous ones. She said she wouldn't be surprised if a return of sunny weather later this week meant an additional flurry of flying ant activity.

"I think the ants are having difficulty picking a moment," Hoefele said. "I think they're getting rained out from what was supposed to be a really important day for them."

Hoefele isn't concerned about the ant population, though.

"I don't think they're going to suffer much," she said. "There are a lot of ants."

And the human population need not be concerned, either. Flying ants may be annoying, but they're harmless.

"I just want to emphasize that they're not dangerous ants and you don't have to be afraid of them," says Hoefele. "If you saw them fully setting shop up in your house, maybe that would be cause for concern, but that's not the kind of environment they seek out. These are pavement ants. They prefer to be in the dirt in your yard."