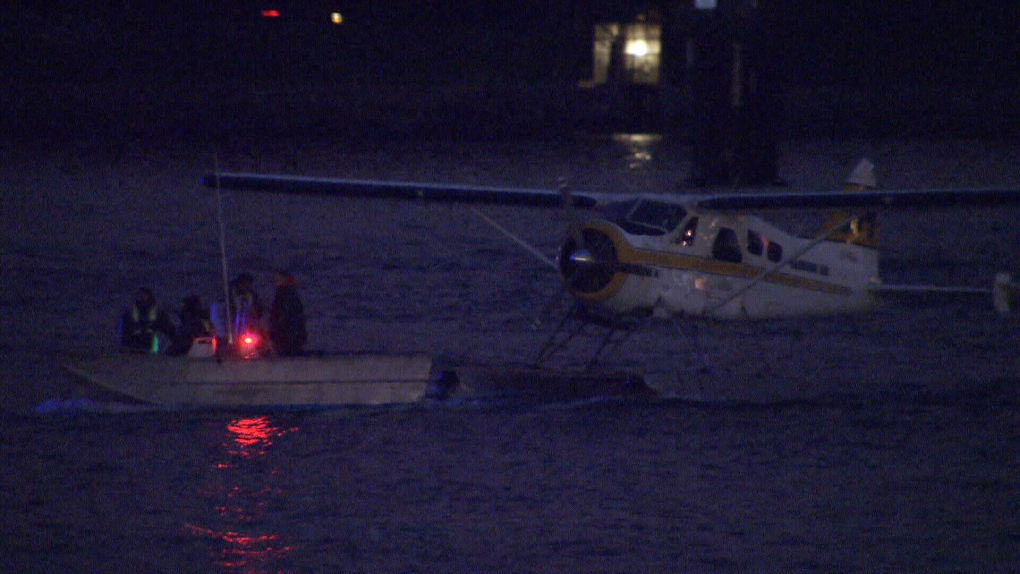 A float plane is towed in by boat Sunday evening after making an emergency landing off Point Grey. (CTV)

A minor mechanical failure forced a Harbour Air float plane to make an emergency landing today on the waters off Point Grey.

The single engine de Havilland Beaver aircraft was carrying one passenger from Maple Bay on Vancouver Island to downtown Vancouver Sunday afternoon at around 3:30 p.m. when the plane began losing power at cruising altitude.

“We had a very experienced pilot and if he decided to land there it was for the safety of the passenger,” said Meredith Moll, vice-president of marketing for Harbour Air Seaplanes.

Neither the pilot nor the passenger were injured.

The plane, escorted by Vancouver Police Department, was towed to the company’s dock by boat where it will be pulled from service and assessed to find out what went wrong.