First province-run cannabis store to be located in Kamloops 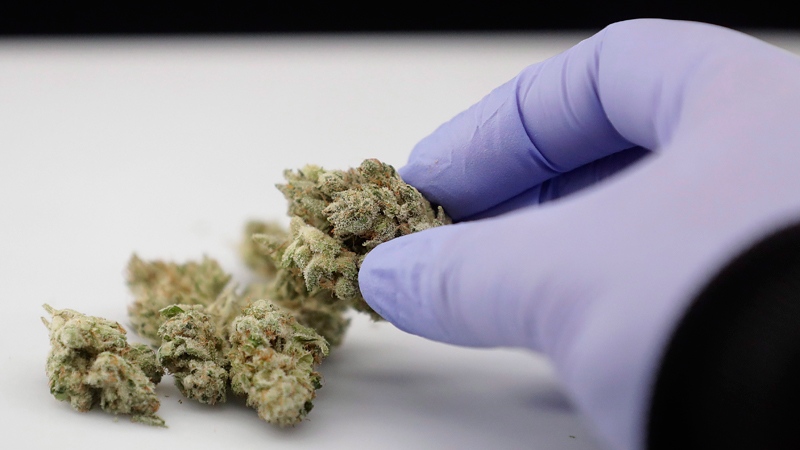 VANCOUVER -- British Columbia has announced the companies that will supply recreational marijuana after legalization this fall, boasting its stash will feature an "exclusive and competitive" assortment of products.

But small craft growers say they were shut out of the bidding process and therefore B.C. residents will only be able to purchase weed grown by large licensed producers of medical cannabis starting on Oct. 17.

"I have been screaming at the provincial government for a year to do something about these regulations, and we are now about to drive off the cliff and there's still no bridge," said Ian Dawkins, president of the Cannabis Commerce Association of Canada, which represents small producers.

The Liquor Distribution Branch, which will be the only wholesaler of cannabis in B.C., announced Wednesday it has entered into memorandums of understanding with 31 licensed producers that responded to its request for information process.

The companies are all producers that hold Health Canada licences to legally produce medical marijuana.

Small producers lack the legitimacy that a medical-marijuana licence brings, and because the federal government has not yet set up a licensing system for micro-cultivators, craft growers were unable to apply for MOUs with the province, said Dawkins.

B.C. expects to issue a call for more producers shortly after legalization and will continually expand its purchasing as demand increases, the liquor distribution branch said, adding that it selected producers that can supply a sufficient amount of non-medical cannabis upon legalization.

However, Dawkins argued it was unfair to shut craft producers out of the initial request for proposals.

"It is absolutely unacceptable to create a RFP where the first round is only big business, and then maybe, later on, we'll get back to allowing small business to participate," he said. "There is no other situation where you would allow RFPs to be let out like that."

Small cannabis producers that currently operate in the black or grey markets are an important industry in B.C. and must be incorporated into the new legal system, he said.

Both the B.C. and federal governments have said they intend to include micro-cultivators in the new regime.

The liquor distribution branch said the new agreements ensure B.C. stores will be stocked with array of products featuring more than 150 strains, ranging in quality from value-oriented to ultra-premium, sold at competitive prices. It has also secured a range of marijuana accessories for retail sale in public cannabis stores.

The branch also said it has secured a location for its first provincial marijuana store in a Kamloops shopping centre, saying the decision was based on the municipality's readiness for zoning pot shops.

The branch will apply for municipal approval of the store site when the City of Kamloops begins accepting applications for the retail outlets in September, it said.

"Kamloops City Council supports the work of the provincial government as it maps out the future retail cannabis landscape in B.C.," he said in a release.

"Their mixed model for cannabis sales, allowing both public and private retail, has many benefits to B.C. communities."

The store will be staffed by about 20 employees, including managers and cannabis consultants, the branch said, adding all staff receive extensive training on safety and responsible adult use, product knowledge and customer service.

It said it's considering a number of locations across different municipalities.

Blain Lawson, the branch's CEO, said he's thrilled to reach this "significant milestone" of developing a wholesale assortment of products.

"The volume, variety and quality of our product assortment speak to the LDB's commitment to working towards eliminating the illicit market."