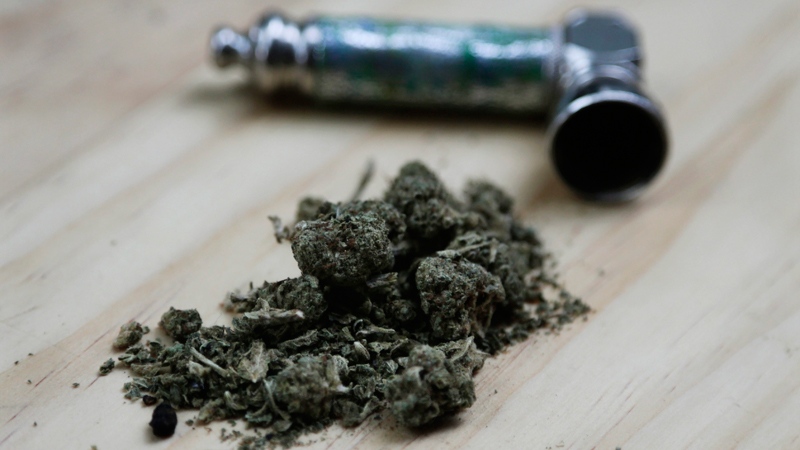 Marijuana and a pipe are displayed in a photo taken in New York on Wednesday, June 20, 2018. (AP Photo/Peter Morgan)

VICTORIA - Local and Indigenous governments in British Columbia will have the power to deny applications for private retailers that want to sell recreational pot in their communities under new regulations released Thursday.

The regulations say operators of cannabis dispensaries that are open illegally now may apply for a retail licence but won't receive any preferential treatment in the process.

Any store that has an association with organized crime will not receive a licence.

The province has also set out the rules governing the stores and security screening requirements that will be used when recreational marijuana becomes legal later this year.

The government says the regulatory framework for private retailers focuses on protecting public health and safety, including keeping cannabis out of the hands of minors and reducing the illegal market.

The application process will open by early August.

All applications will have to undergo financial integrity confirmation and criminal and police record checks, which includes screening the associates of the person applying.

If a local government decides to comment or make recommendations about a store, it must also gathering views from residents in the area of the proposed retail outlet.

Municipalities will also have the power to impose restrictions in zoning bylaws on the location of the stores and limit their hours of operation. Similar powers are also being given to First Nations.