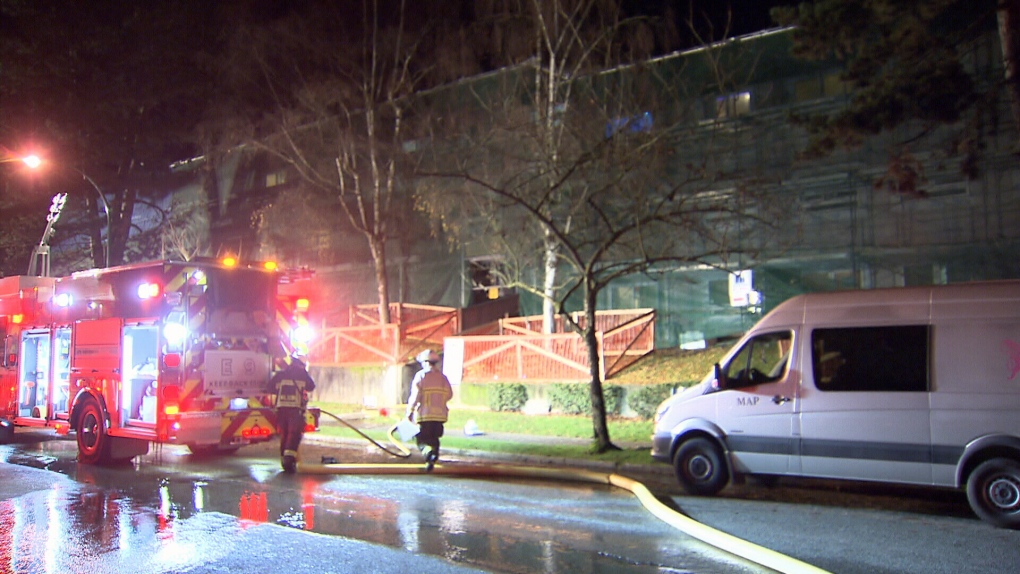 Firefighters were called to the four-storey apartment building on Wall Street near Oxford Park.

"He was in the suite at the time. Crews found him and brought him out right away and CPR was initiated at the exterior of the building," Battalion Chief Mike Sereda said.

The man suffered smoke inhalation and was taken to hospital by an ambulance.

Firefighters were called to the four-storey building on Wall Street near Oxford Park Sunday and were able to quickly extinguish flames.

Residents had to be evacuated from the building to ventilate the smoke.

Sereda said they will be able to return to their homes, but the man's suite sustained damage and will not be livable right away.

Where and how the fire started is under investigation.