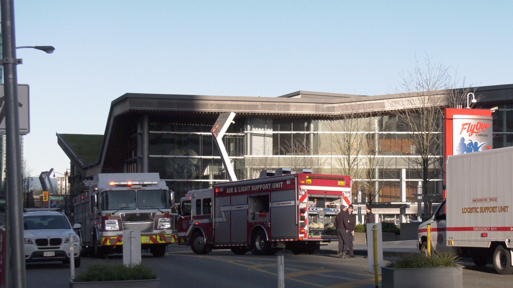 Emergency crews respond to a fire in the food court near Canada Place in downtown Vancouver on Feb. 19, 2020.

VANCOUVER -- Traffic near Canada Place came to a standstill Wednesday morning as Vancouver firefighters responded to reports of a fire and smoke spreading through the food court area at Waterfront Centre.

Firefighters were called to the area just after 8 a.m. for reports of a fire in a vent.

Asst. Chief Richard Warnock with Vancouver Fire Rescue Services says some construction work, including welding, had been happening near the kitchen area of a restaurant in the food court when the fire started.

Things are getting back up and running near Canada Place after a fire in the food court area of Waterfront Centre, where construction/welding was underway. Smoke got into HVAC system. The food court area + some businesses evacuated. @CTVVancouver pic.twitter.com/F08lEZG9qO

It was put out with a fire extinguisher, but the smoke spread throughout the HVAC system, setting off fire alarms and filling the area under Lower Waterfront Road, underneath Canada Place, with smoke.

The food court area and some businesses had to be evacuated but things were getting back up and running by 10 a.m., with some fire crews starting to clear out and the road re-opening to traffic. 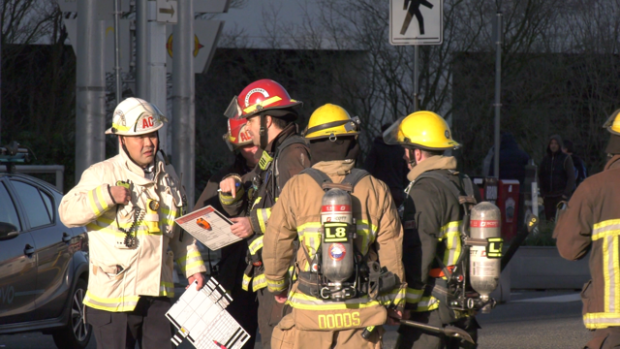