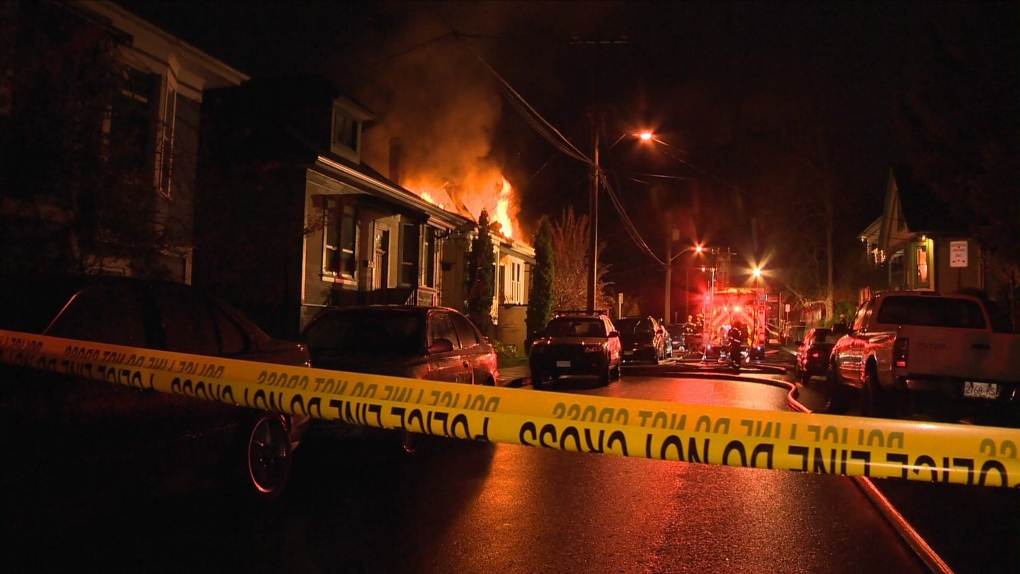 Five people escaped unhurt from a burning house in Victoria that forced the evacuation of several neighbouring homes. March 25, 2014. (CTV)

VICTORIA - Firefighters say residents of a Victoria neighbourhood have escaped an explosive fire that demolished one house and forced the evacuation of others.

The Victoria Fire Department says the house on Rudlin Street was gutted by a blaze that broke out at about 10:30 p.m. Tuesday.

People in the area reported hearing blasts as the flames engulfed the structure and shot through the roof, but officials say five people who were inside escaped unhurt.

It took about half an hour to get the fire under control, and some nearby homes were evacuated while crews tried to keep the blaze from spreading.

Firefighters remained at the scene into Wednesday to make sure the fire stayed out.

Investigators are still trying to determine what caused the blaze.