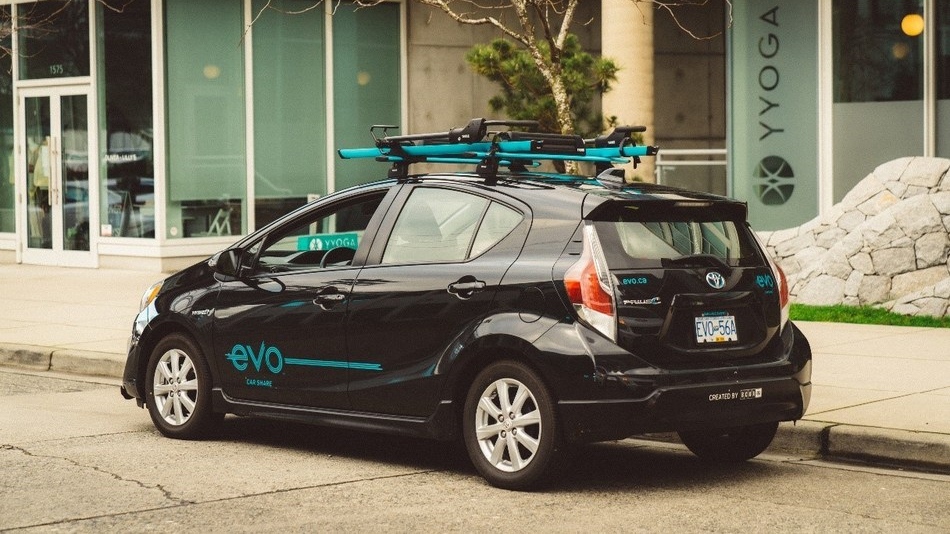 Evo users can now end rentals in metered parking spaces within the City of Vancouver. (Handout)

People who use the Evo car share service can now end their rentals at metered spaces across Vancouver, free of charge.

Under a pilot project launched Thursday, Evo has agreed to pay the fares for metered parking directly to the city – meaning users can drop their vehicles off at any of Vancouver's 10,077 metered spots and simply walk away.

"We're passionate about making Evo's car share experience the very best it can be," vice-president Tai Silvey said in a statement. "As a locally-owned car share service, we worked closely with the City of Vancouver to make this happen."

Those parking options add to the hundreds of spaces across the city that are already reserved for Evo users, the company said. Car share users are also allowed to end rentals in permit, resident and two-hour parking spots in Vancouver.

Back in July, the city also introduced a policy allowing all car share users, including Car2Go members, to park in metered spaces free of charge for up to two hours – but only for "stopovers" while the rental is still active.

Car2Go told CTV News it is still considering whether to follow Evo's lead and let members end rentals in metered spots as well.

"We are still reviewing the feasibility of allowing our members to end their trips in metered spaces. If a decision is made to include metered parking, we'll promptly inform our membership," a spokesperson said in an email.

According to a report by Vancouver city staff, roughly one-third of adults in the city have a membership with a car share service such as Evo, Modo or Car2Go. The majority said they use car sharing as a way to save money.

The report also credited car share services as contributing to a reduction in greenhouse gas emissions.