Even Jagmeet Singh struggled to find housing in Metro Vancouver 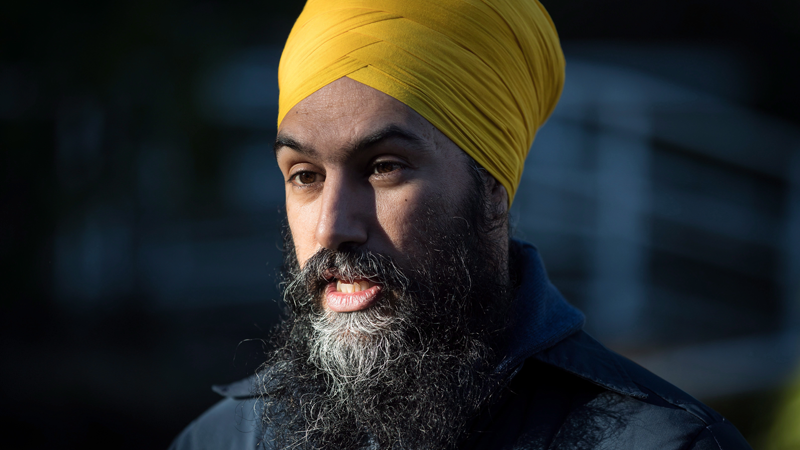 NDP Leader Jagmeet Singh is interviewed while door knocking for his byelection campaign, in Burnaby, B.C., on January 12, 2019. THE CANADIAN PRESS/Darryl Dyck

BURNABY, B.C. - Even for the federal leader of the New Democratic Party, finding rental housing in Metro Vancouver is no easy feat.

Jagmeet Singh began calling landlords last year as he prepared to move across the country from Brampton, Ont., to run in a byelection in Burnaby South.

“I'd say, 'OK, let me check with my wife.' I'd get back a day later and the place would be gone,” Singh said. “The market's really hard out here. If it's hard for me, I can only imagine how hard it is for so many people.”

Housing is shaping up to be a defining issue in the byelection, set for Feb. 25, and in the federal election later this year. In Burnaby, renters have been kicked out of older apartments to make way for luxury condos, and sky-high prices are shutting millennials out of the market.

Singh proposed measures this week to build 500,000 new affordable units over the next decade, challenging the Liberal government to start by removing federal tax on the construction of such units. Finance Minister Bill Morneau said the government's mortgage stress test has already cooled overheated markets and it's working on initiatives to help young people buy homes.

On a recent sunny Saturday, Singh knocked on doors inside a co-operative housing complex that is several decades old. The government needs to invest immediately in co-operative and non-market housing and use tax tools to tackle speculation, he said.

“The federal government used to be in the business of investing in housing, hasn't been for decades, and it's something we've got to get back into doing,” said Singh.

As for his own search, the 40-year-old politician eventually asked a real estate agent to help. He and his wife now rent the top floor of a house, with a view of snow-capped mountains, above another couple living downstairs.

Liberal candidate Richard T. Lee, a former provincial legislator, said he's lived in Burnaby for three decades and it's an attractive place to live so demand has outpaced supply. The government has introduced a 10-year national housing strategy, he said, worth $40 billion when investments from provinces, cities and non-profits are factored in.

The plan aims to cut homelessness in half, build 100,000 new units across Canada and repair aging affordable housing, Lee said.

“I believe that some of those investments will come to Burnaby South as well,” he said.

Lee jumped into the race after the Liberals' first candidate, Karen Wang, resigned after a controversial online post saying she was the “only” Chinese candidate while Singh was “of Indian descent.”

The riding is profoundly diverse, with more than half of residents born outside Canada. About three-quarters of those immigrants are from Asia and the top source countries are China, the Philippines, Hong Kong and Taiwan.

Lee said he's not concerned about continuing to face questions about Wang. He's focused on door-knocking, speaking with residents and working with volunteers who are coming to his office “constantly,” he said.

“I believe we can win this election,” Lee said.

Long-time mayor Derek Corrigan was ousted, in part, over what was seen as his weak response to so-called demovictions, or renters being evicted from affordable low-rise buildings so pricey condo towers could be built, said Canseco.

Millennials are also having a tough time transitioning from renters to owners, he added. The benchmark price for all housing in Burnaby is close to $1 million despite recent softening in the market.

“If Singh can connect on the housing file, and talk about specific issues that are going to motivate younger voters, that is going to be crucial,” Canseco said.

The New Democrats narrowly beat the Liberals in the riding in the 2015 election by about 550 votes. The Conservatives placed third, losing by about 3,600 votes.

Conservative candidate Jay Shin said his plan to make housing more affordable is to create policies that establish high-paying jobs and allow workers to keep more of their hard-earned money.

“The NDP and Liberals are proposing that they tax their way to affordable housing, which hasn't worked and is not going to work,” said Shin, a lawyer.

“We need to make sure young people have the opportunity to pursue their dreams, work in the areas they want to and stay local. For that we need to ensure we have continued investment happening in Burnaby.”