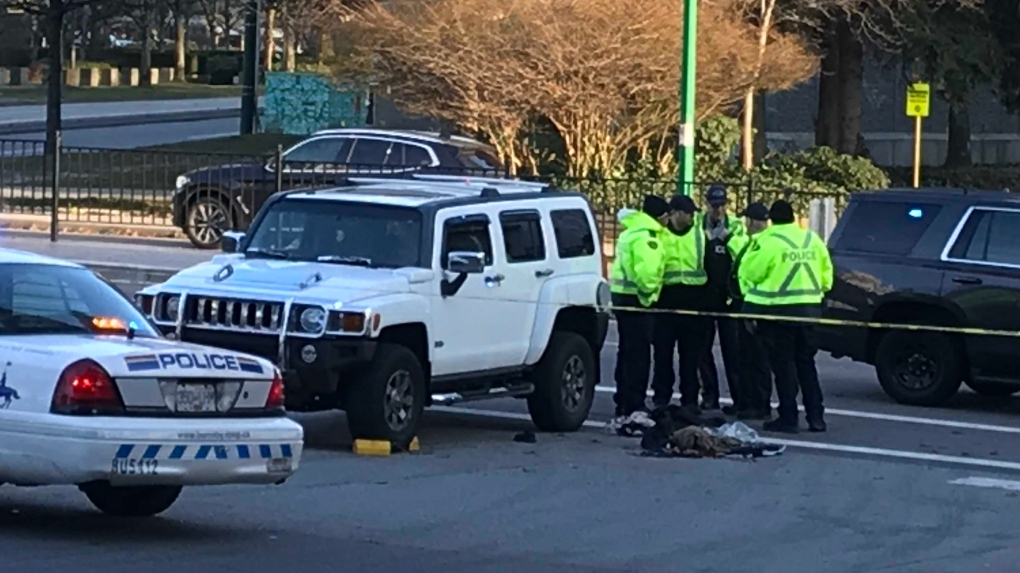 An elderly pedestrian was rushed to hospital after a crash near Willingdon Avenue and Beresford Street in Burnaby. (Jim Fong)

VANCOUVER -- An elderly woman hit by a vehicle in Burnaby Wednesday has died, Mounties confirmed the next day.

In an email, Cpl. Daniela Panesar told CTV News the pedestrian died as a result of the injuries caused by the crash. She has not been publicly identified, but police said previously that she was 88.

"The contributing factors in the collision are still under investigation," she said.

Officers said previously that speed and alcohol are not believed to be factors in the collision that occurred Wednesday afternoon on Willingdon Avenue.

A section of Willingdon between Kingsborough and Mayberry streets was closed southbound for several hours as officers investigated the cause of the crash.

It appeared the driver involved may have been in a white Hummer, which was seen parked in the area and being examined by officers. Police said the driver remained at the scene following the crash.

A pile of clothing and a cane were also seen behind police tape during the investigation.

The RCMP asks anyone who witnessed the crash or has dash-cam video to contact RCMP or Crime Stoppers at 1-800-222-8477.

Wednesday's fatal incident was the first of two within 24 hours in Metro Vancouver. A pedestrian died after being hit in Abbotsford Thursday morning.