The brother of a man who died last time the Coast Guard's Vancouver dive team was cut is appealing directly to the prime minister following a decision to axe the team again, for a savings of roughly $500,000.

Mandip Sandhu's brother Paul was the first to die in a water-related accident after the decision was made to cut the team in 2001, when he crashed his vehicle into the Fraser River a short distance from the Coast Guard's Sea Island base.

The crash came just two days after the program was cancelled the first time.

The team was dissolved under the Jean Chretien Government, which cited cost and safety concerns, but the team was reinstated and expanded following public outcry stemming from several deaths including Paul's.

Sixteen years after it was initially cut, Sandhu said he was shocked when he learned from CTV Vancouver on Thursday that the federal government was again axing the program. The Department of Fisheries and Oceans is discontinuing the team, saying it's not part of the Coast Guard's search and rescue mandate.

Remembering his brother's accident in an interview with CTV Friday, Sandhu said he was told that divers were on top of the car within 11 minutes, but that they were instructed by a Coast Guard supervisor not to go in. He said one of the divers really wanted to try to save his brother, but that she was told she'd be fired if she dove underwater.

"They spent 40 minutes towing his vehicle out. After that, there was no chance," he said.

The timeline of the accident was one of the hardest things for him to process, he said, knowing that divers were there, but that no one was permitted to do anything until the car was pulled to shore.

He said as the tide goes out, he can walk to where the vehicle was when it sank.

Sandhu's brother was not alone. Others died in the months that followed, before the program was fully reinstated, including five people who were trapped on the Cap Rouge II fishing vessel when it capsized.

In addition to family and friends of the victims, those who’d been on scene those days also struggled with what happened, Sandhu said.

"Anyone that was involved in my brother's accident or the Cap Rouge, none of them work for the Coast Guard anymore. Some of them aren't around. They were devastated by this, devastated that they weren't able to go in and rescue people, which is what they're trained to do," he said.

The program was reinstated, but then came another blow: The Kitsilano Coast Guard base was closed in 2013. Sandhu pushed hard for it to be reopened, and spoke personally to Justin Trudeau when he visited Vancouver on a campaign that included opening the base back up.

"He had stated that water safety was something that’s really important to him," Sandhu said. And true to his word, Trudeau reopened the base within a month of being elected prime minister.

So Sandhu was shocked by the decision to cancel the dive team, and appealed directly to Trudeau to come to Vancouver and talk to residents about how important the program is.

"We're surrounded by ocean water. It's deep. It's fast-moving. Once you're in, there really isn't any way of getting out," he said.

"Half a million dollars, I don't think that's too high a price to pay."

And he repeated what he told the minister of fisheries and oceans when the Kits base closed: "When someone dies, the burden of saying 'I told you so' will be something that too many of us will have to bear."

DFO is cutting the Coast Guard dive team to reduce costs by roughly $500,000, even though more than $1 billion is being invested into the agency through federal programs.

The incoming cash will lead to roughly 900 jobs across Canada, Girouard told reporters Friday, including about 200 in B.C.

"B.C. will see four new life boats added to the coasts. We're going to invest in new radars to cover the blind spots that we've had for many years," Girouard said.

The money will also cover the costs of new radio towers to cover "dead zones" the Coast Guard has been aware of for some time, he added. The Kitsilano Coast Guard base has been "remodernized," and will soon be home to a new search and rescue vessel and upgraded classrooms at its incident command post.

The investments also include training and equipment so the Canada's First Nations communities can expand their own search and rescue and environmental response programs.

"And so there is in fact a massive investment in search and rescue in British Columbia that's taking an all-coast approach."

But Girouard held the news conference Friday to address the dive program, which is unique to Vancouver and therefore no longer being funded by the Canada-wide agency.

"Because this particular capability only ever existed in Vancouver, it was determined that it was not core, and that's why it was reallocated," Girouard said.

"None of this has anything to do with their skills, this is a reprioritization, and I want to keep them in my organization because they're the kind of people the Coast Guard needs," Girouard said.

The members of the team will be offered other jobs working on the Coast Guard's Sea Island base, though Girouard admitted he knows some may choose not to stay on.

"Some of those individuals see themselves as divers first, and I completely understand it… They may not choose to stay on to a job that doesn't suit their aspirations, and in that sense, we've got protective measures to allow them to make that transition," he said.

Even if all members are still earning salaries, axing the dive program will save $500,000, Girouard said.

Girouard said he knew the reaction to the decision was emotional for some, and said it was a difficult choice to make. He called the members of the dive team "some of the best people I have in my organization" and said he admires their passion, professionalism and contributions to Vancouver's coastline.

Ultimately, he said, the reallocation helped contribute to a larger investment for the Coast Guard overall, over the coming years.

"While Vancouver is losing a specific capability in that dive component, the city and British Columbia are seeing much more come to it," he said. 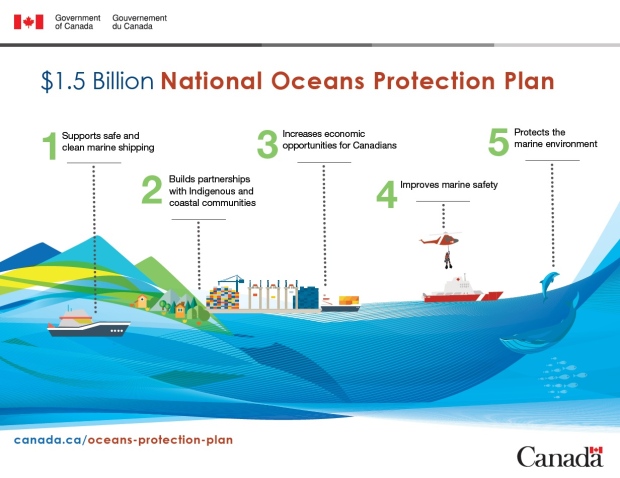 FUTURE WATER RESCUES: WHAT HAPPENS IN AN EMERGENCY?

The question on the minds of many is not about funding or new equipment, but what happens the next time an emergency occurs on the water. CTV reported Thursday that some members of the dive team fear the decision will lead to lives lost.

The team will not disappear immediately, Girouard said. The Coast Guard is in talks with the RCMP and the Vancouver police and fire departments, as well as Emergency Management BC. As the conversations continue, the groups will develop a plan for the transition and new protocols.

"We have to make sure that 911 knows who to call and we will do that before we delete our services," he said.

"You may see it as being a downloading (to local police and RCMP), and I'm sure that that'll be an approach that the services take, but understand that search and rescue is always a shared responsibility."

When asked what will happen if a car is submerged, a float plane goes down or a boat sinks – who's going to go below the surface and check for survivors – Girouard said those types of scenarios are more likely to be body recovery missions than rescue missions.

Dispatchers at 911 will contact the Coast Guard and other agencies, and "if there's still seven minutes to get down there," the Coast Guard will lean on local or provincial authorities to attempt a rescue.

"The community will have to look at what are the needs that we have, and may need to be more self-reliant as a result of us leaving that system."