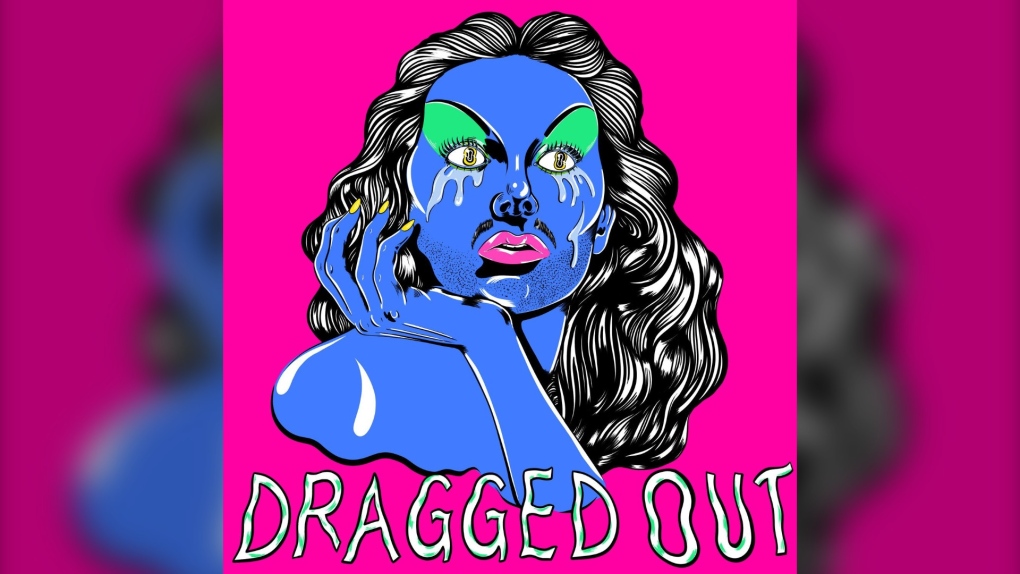 The logo for "Dragged Out" is seen in this provided image.

Max Collins had never lived in a city that had a dedicated 'gaybourhood,' so when she moved to Vancouver for school, she was intrigued by the entertainment options available to a recently out queer person in the West End's Davie Village.

That's where the story of 'Dragged Out' - a new podcast Collins is producing as a capstone project for her broadcasting and online media program at the Vancouver Institute of Media Arts - begins.

One of Collins' first experiences in Vancouver's gay club scene was at XY nightclub, a prominent venue for drag shows in the city that has since shut down.

She knew what drag was - few people don't in the age of RuPaul's Drag Race - but she had no idea that Vancouver had a drag scene, let alone one as big and vibrant as the one she found.

"Drag is becoming a really, really big cultural phenomenon," Collins said. "There are a lot of people that are really into it."

And yet, XY closed its doors permanently in December, as did 1181 Lounge, another Davie Village club and drag venue with the same owner, Jennifer Mickey.

Elsewhere in the city, Collins noticed that other spaces that often featured drag performances were also closing down. She counts at least five drag venues that have closed in the last 12 months: The Odyssey, The Cobalt, and Vancouver Arts and Leisure, as well as Mickey's two clubs.

It struck her as strange that drag venues in the city would be closing at a time when the art form is arguably more popular and well-known than ever. She decided to look into it for an episode of the podcast she was thinking of making as a final project.

"What I was planning on doing was something about Vancouver culture," Collins said.

In this original conception, the podcast would change topics regularly, dedicating an episode or two to unique or unusual aspects of the city's personality and history.

The more she looked into it, however, the more Collins felt the challenges facing the drag community were a larger story unto themselves. The recent rash of closures was emblematic of the longer history of drag and queer culture in Vancouver.

"There's always been this sort of struggle to keep it around," she said.

Where has all the #drag gone? #vancouver #podcast pic.twitter.com/OV3NpKK7NS

The first episode of Dragged Out opens with a line of people waiting outside a boarded-up warehouse near Cambie Street.

It's not a very glamorous location, but it's the type of do-it-yourself venue that has long been a part of the drag scene in Vancouver and around the world.

The main challenge for performers and venues is the same one most artists in Vancouver face: affordability.

"We're talking about unaffordability," Collins said. "That is the number one thing that people like to talk about in Vancouver. No one can afford to live here."

The upward pressure that high property values puts on rents, both for individuals and businesses, leads to people being priced out of their neighbourhoods. Collins said this dynamic disproportionately affects queer and racialized communities.

"The people that get hit first and hardest are the people who are marginalized," she said.

Despite this, the story of Dragged Out is not, on the whole, a sad one. It's a story of the challenges a community is facing and also a story of perseverance. Collins talks to people who performed drag at a time when doing so meant risking physical harm at the hands of men with baseball bats. Their experience is a testament to the resilience of the community.

Neither Collins nor her subjects know what the future will hold for Vancouver's drag performers and venues, but they're confident that some kind of future will exist.

"Every single person I asked said, 'I don't know, but drag never dies,'" Collins said. "If people can't afford to do drag in bars, they'll do it in their homes."

New episodes of Dragged Out will be released weekly on Wednesday. There are seven episodes in total, all of them already finished.

Collins conducted all of the interviews, wrote the scripts, edited the audio and even arranged a sponsorship for the show. The first episode begins with a thank you to JQ clothing, a queer-friendly apparel store on Commercial Drive.

Martin Strong, the head of the broadcasting and online media department at VanArts, is credited as an executive producer on Dragged Out.

He told CTV News Vancouver his role was mostly as a sounding board for Collins' ideas.

"It wasn't like we had to steer her in any direction," Strong said. "She came up with the topic, she put in the hours of production. She put in the work and the writing."

Strong said the final project assignment is intended as a showcase of everything a student has learned in the one-year program. He said Collins' work more than meets those expectations.

"It's definitely the gold standard," he said. "It's a very high bar that she's set."