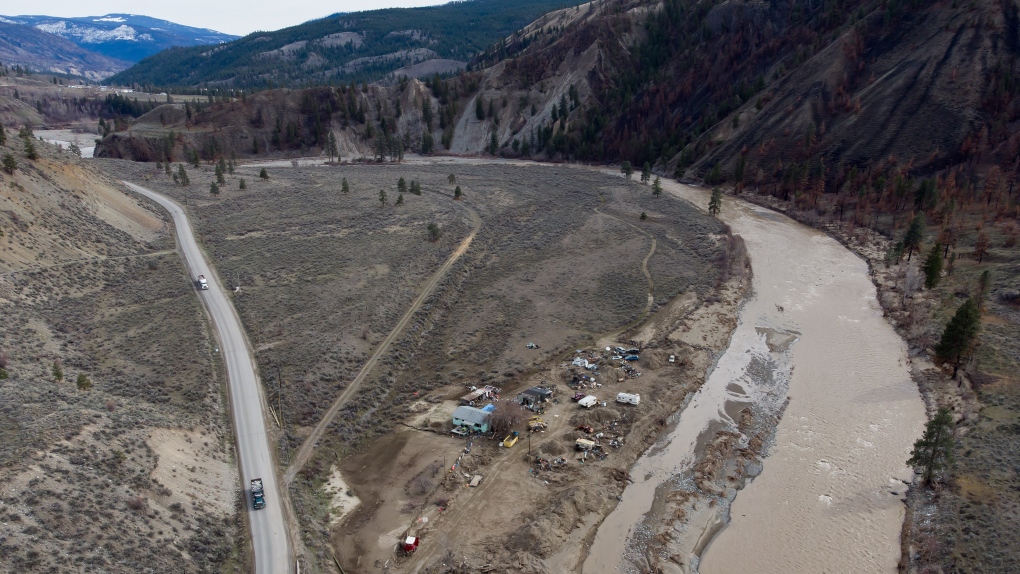 A property affected by November flooding of the Nicola River is seen along Highway 8 on the Shackan Indian Band, northwest of Merritt, B.C., on Thursday, March 24, 2022. THE CANADIAN PRESS/Darryl Dyck
VANCOUVER -

The May 1 Snow Survey Bulletin says a colder-than-normal April and start of May in the province has delayed the snowmelt.

However, the bulletin says snow level is only one factor related to the spring flooding, and the risk of flood is possible even with normal or below-normal snowpacks.

The River Forecast Centre says the risk will also depend on the temperature and rate of snowmelt and how much rain comes with that at the same time.

It says the risk for major flooding would be a period of persistent cool temperatures and wet weather in late spring, followed by a sudden heat wave lasting at least five days.

The forecast centre says it will continue to monitor snowpack conditions and will provide an updated seasonal flood risk forecast in the May 15 bulletin, which is slated for release on May 20.

This report by The Canadian Press was first published May 10, 2022.