A potential showdown is brewing between the "Man of Steel" and a Vancouver realtor that heralds himself as the "Man of Sales."

He also dresses the part, with a powdered wig, tricorn hat and breeches on top of white leggings. But under the 19th century naval costume the realtor does wear a blue t-shirt emblazoned with a red and yellow shield symbol, albeit with an "R" for realtor instead of Superman's trademarked "S."

Lawyers from DC Comics, which has held the copyright for all things Superman for the past seven decades, sent a stern letter to Brett Jan. 9 over possible copyright infringement over both the logo on his blue t-shirt and the word superhero.

In the letter, a representative from intellectual property law firm Bereskin & Parr said while they appreciate his intent of comparing his real estate success to the success of the Superman character, the use "not only infringes our client's rights, but damages and depreciates the goodwill associated with the SUPERMAN marks and indicia, and risks consumer confusion." 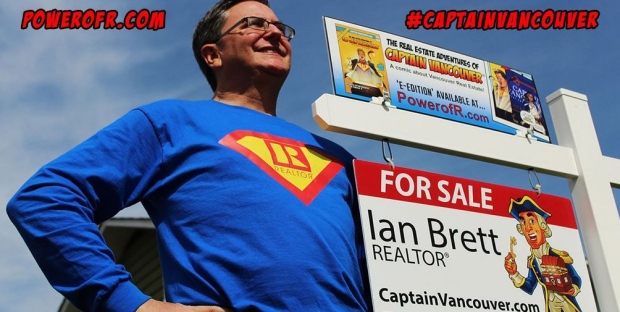 The lawyers call for Brett to cease wearing his blue shirt with yellow shield immediately, as well as a marketing image depicting the realtor ripping his shirt open to reveal the shield shirt underneath.

In a cheeky response letter, the realtor said although he feels flattered for the comparison to the superhero, he doesn't feel he's a real threat to the comic giant – or its trademarks.

Brett did agree to change the shape of his shield, with certain conditions, including consulting with the "Real Estate Superhero Syndicate" for their approval.

"Even though I felt like mailing them back some of their own kryptonite, I decided to send Superman an olive branch," he said.

The new logo will now be in the shape of a house.

The local realtor says he created the "Real Estate Superhero" persona in response to the "daily realtor shenanigans," including shadow flipping and "questionable practices," that emerged during the real estate boom in Vancouver in recent years. 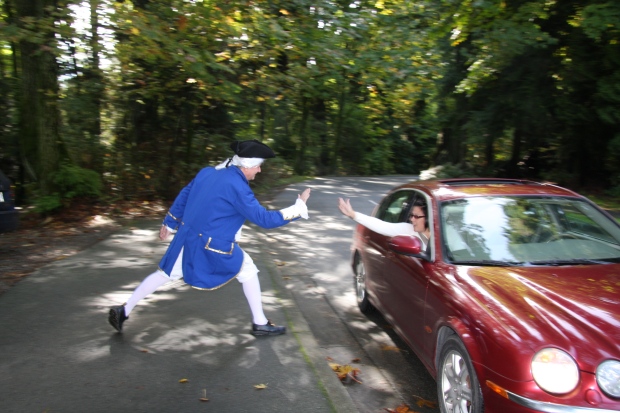