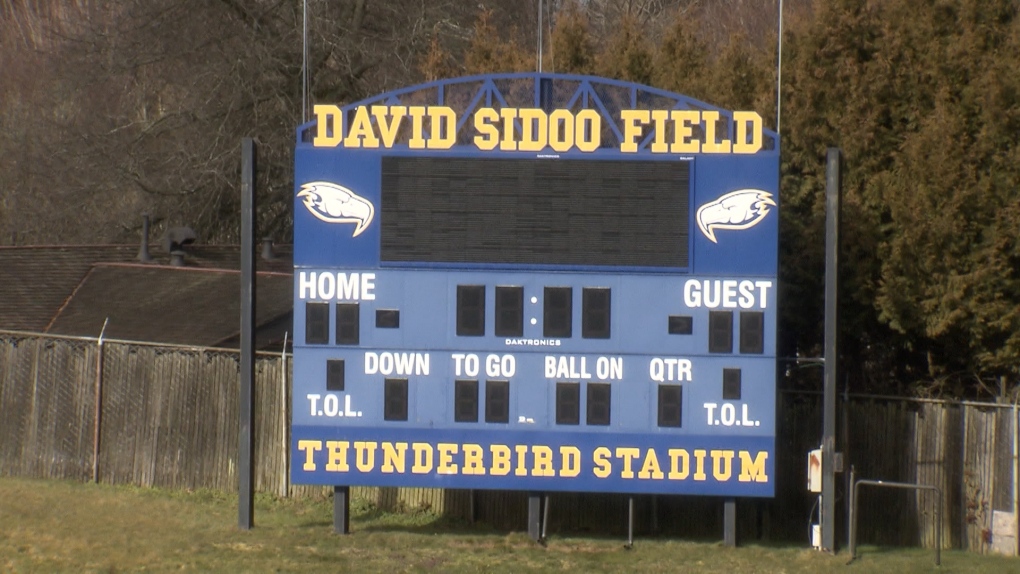 A Vancouver businessman and former CFL player who has admitted to participating in a college admissions cheating scheme has requested that his name be removed from a playing field at the University of British Columbia.

VANCOUVER -- A Vancouver businessman and former CFL player who has admitted to participating in a college admissions cheating scheme has requested that his name be removed from a playing field at the University of British Columbia.

On Friday, David Sidoo pleaded guilty to a mail fraud conspiracy charge in a court in Boston, Mass. The plea deal would see Sidoo serve 90 days in prison and pay a $250,000 fine.

Sidoo was among 50 prominent parents, university athletic coaches and others charged last March in the scheme, which authorities say involved rigged entrance exams and bogus athletic credentials to make applicants to elite American universities look like star athletes for sports they didn't play.

Along with his brother Manny Sidoo, David Sidoo – a UBC alumnus –  is "the largest single donor to (UBC's) athletes’ scholarship program," according to the Sidoo Family Giving website.

A field at UBC's Thunderbird Stadium is called the David Sidoo field. As Sidoo's case progressed through the U.S. court system, the university was "beginning its process around naming revocation in regards to the naming of Sidoo Field and related signage," according to Kurt Heinrich, a UBC spokesperson, who added that it was important the university follow due process.

But now that Sidoo has asked that his name be removed, that process will be sped up, Heinrich wrote in an email to CTV News.

"The donor has asked for the sign to be removed and the university has accepted his request," Heinrich said."The naming committee has met (on Friday) and recommended the sign be removed.It will then go to the board for approval in April and then to the province (one of the ministries) following that. That can take anywhere from six weeks to multiple months. The removal of the actual physical sign will occur in the next few weeks pending the work queue."

Sidoo did not respond to a request for comment from CTV News.