Cyclist dies after collision in Burnaby 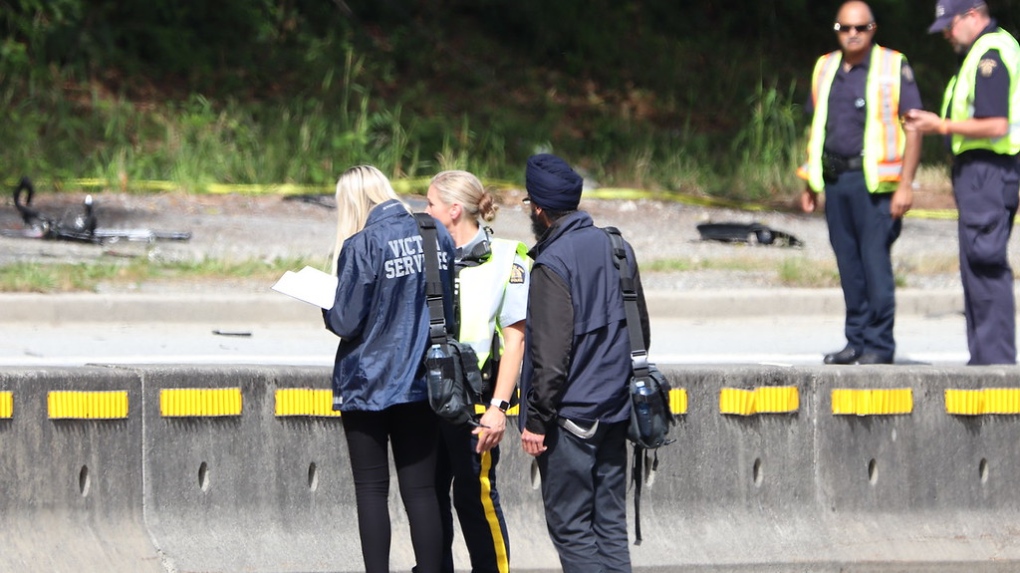 A crash has claimed the life of a cyclist in Burnaby Saturday.

A crash claimed the life of a cyclist on Burnaby Mountain Saturday afternoon.

Burnaby RCMP said the crash happened along the 1500 block of Gaglardi Way around 1:30 p.m.

The cyclist, believed to be 53 years old, died from their injuries.

Authorities have blocked traffic in the area as Burnaby RCMP and the Integrated Collision Analyst Reconstruction teams investigate.

The crumpled frame of a bicycle could be seen on the side of the road at the scene of the crash. Several metres away, a tarp could be seen covering what appeared to be a body.

There were several police vehicles on scene, but there did not appear to be any civilian vehicles still in the area.

Burnaby RCMP did not return calls seeking additional information about the crash.