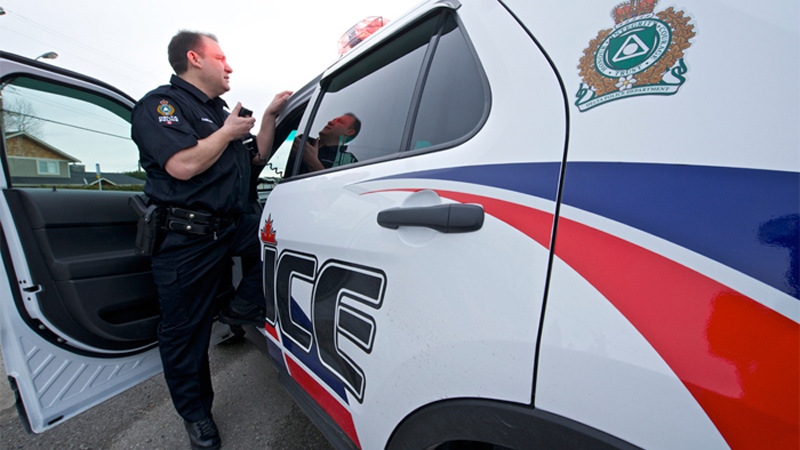 A Delta police officer and cruiser are seen in this undated file photo.

Police in Delta are warning shoppers to take extra care when entering their bank and credit card PIN while making purchases.

On Tuesday, police say a senior was shopping in Tsawwassen Commons and did not realize she was being followed by a woman. When she made her purchases, the woman apparently observed the senior her entering her PIN.

After leaving the store, the senior was approached by the woman, who was holding out a $10 bill. They say she asked the senior if she dropped it and was insistent that the senior check her wallet.

The woman got quite close to the senior, making her uncomfortable.

Police say the senior later realized her credit card was missing and when she called the credit card company, was told nearly $2,000 in cash had been withdrawn.

"The key takeaway we want to share is to make sure that you hide your PIN code from everyone, whenever you enter it," Cris Leykauf, Delta police spokesperson said in a statement.

The senior's card has since been cancelled and both police and the credit card company are investigating the incident.