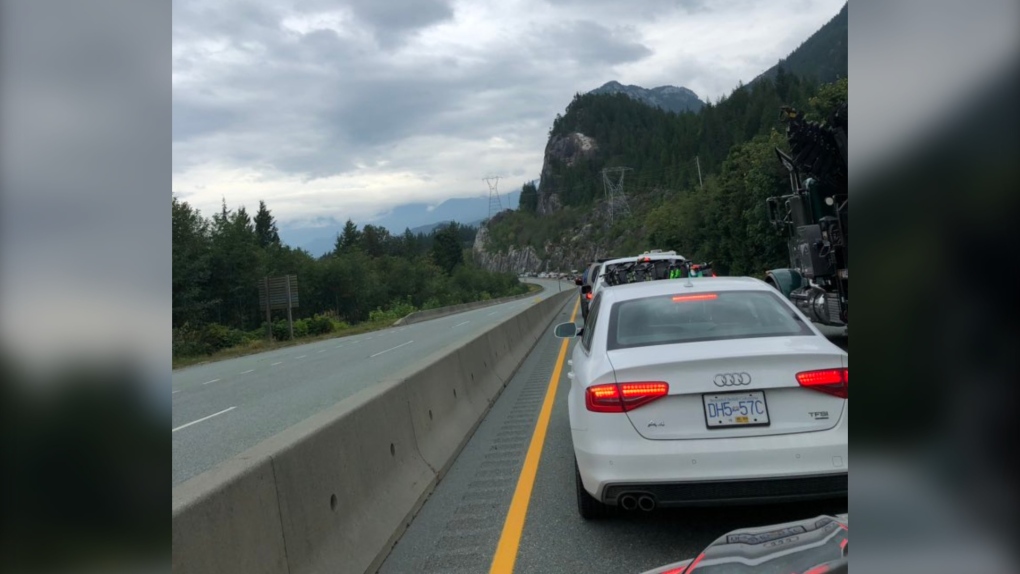 The northbound lanes were closed as a result of the crash. (Chelsea Johnson/Twitter)

The incident took place shortly after 1:30 p.m. between Darrell Bay Road and Stawamus Chief Provincial Park, according to DriveBC on Twitter.

#BCHwy99 - A NB vehicle incident has closed the northbound lanes at the SeaToSkyGondola. SB has been reduced to one lane. https://t.co/n8jZRrn9Dr

The incident took place near the Sea to Sky Gondola, which was closed Saturday after an overnight collapse that left it inoperable.

BC Emergency Health Services confirmed to CTV News that one ambulance was dispatched to the scene, but no one was transported, suggesting that any injuries resulting from the crash were minor.

At 2:30, DriveBC tweeted that the highway had reopened, though delays were still expected because of congestion.

OPEN - #BCHwy99 - A vehicle incident has the northbound right lane closed at the #SeaToSkyGondola, with the northbound left lane now open. The southbound lanes are all clear. Expect heavy delays due to congestion. https://t.co/n8jZRrn9Dr