COVID-19 hospitalizations up again as B.C. prepares for weekly updates 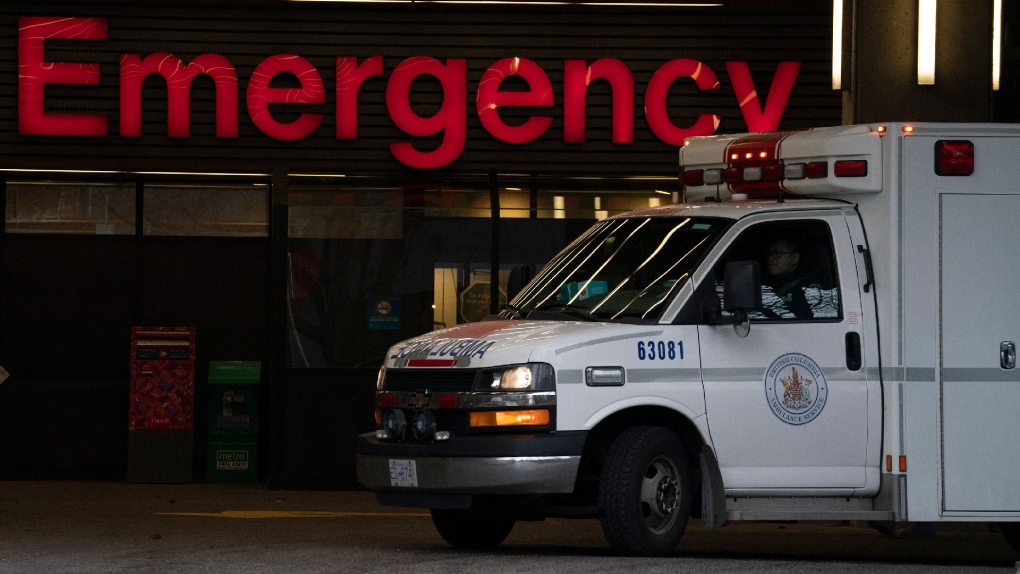 An ambulance drives past the emergency entrance of Vancouver General Hospital in Vancouver, B.C., Friday, April 9, 2021. THE CANADIAN PRESS/Jonathan Hayward

The B.C. government announced another increase in COVID-19 hospitalizations Monday, along with a launch date for the province's weekly pandemic updates.

The Ministry of Health said there are now 321 test-positive patients in hospital, up from 274 on Friday. The number of those patients in intensive care only increased by one, bringing the total to 36.

B.C.'s COVID-19 hospitalization total has included incidental cases, such as patients who were admitted for reasons unrelated to the disease then tested positive on routine screening, since Jan. 14.

The total declined consistently for weeks before stabilizing in the high 200s in mid-March. Monday's update marks the first time the count has topped 300 since March 11.

"Hopefully that will be very soon," Henry said in early March.

No COVID-19 deaths were reported on Monday. The ministry said they would be included in Thursday's update.

The planned switch comes as some jurisdictions have reported significant surges in COVID-19 cases, fuelled by the Omicron subvariant BA.2, and amid signs of increased transmission in B.C.

Another 728 cases were confirmed over the weekend, according to the province, pushing the seven-day average to 273 per day.

Daily case numbers have been creeping up again in recent weeks, similar to hospitalizations. The counts don't capture the true spread of the coronavirus, as they only include results from positive PCR tests, which most symptomatic people no longer qualify for.

Officials have expected a potential surge in cases and hospitalizations, given that many COVID-19 restrictions were lifted or relaxed last month, but have said they believe B.C.'s high vaccination rate will prevent the health-care system from becoming overwhelmed.