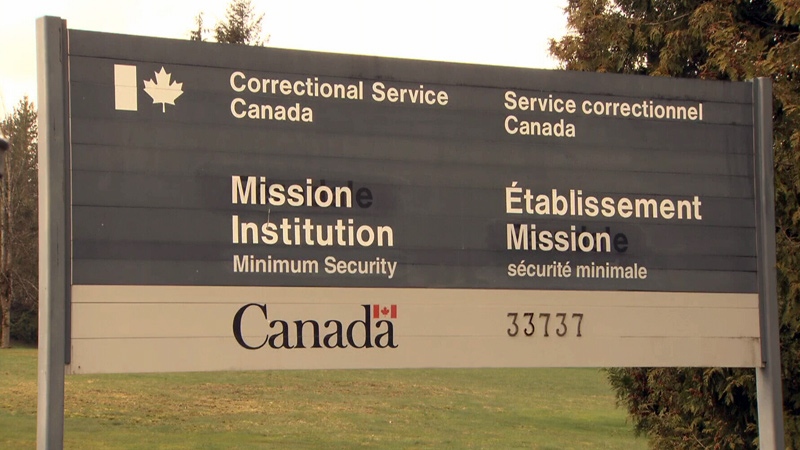 Twenty-three inmates have tested positive for the illness at the Mission Institution, according to the Correctional Service of Canada, with 18 tests pending. File photo.

VANCOUVER -- The number of inmates who have tested positive for COVID-19 at a B.C. prison has nearly doubled in a day as unions urge correctional officers to protect themselves.

Twenty-three inmates have tested positive for the illness at the Mission Institution, according to the Correctional Service of Canada, with 18 tests pending.

Three correctional officers at the prison have also tested positive.

It's the highest amount of positive tests among inmates at a national prison institution across the country. No other province has a combined total of more than 20.

The B.C. prison was locked down on Wednesday, with guards increasing their checks on inmates and serving meals in cells.

The Union of Canadian Correctional Officers says it is working to ensure its members are supplied with protective gear while on the job.

But for now, staff members will have one mask to use for two shifts, the union says.

If a staff member has to be within two metres of a prisoner who has been diagnosed with COVID-19, a range of protective material will be provided, the union said in an email.

The BC Government and Service Employees' Union (BCGEU), which represents 1,700 staff at provincial prisons, says it has heard a range of safety concerns from its members.

Provincial prison staff have expressed concerns about being able to enforce social distancing protocols while working, as well as a lack of hand sanitization, the union's president says.

“Our role, obviously, is to keep our members as safe as possible but also the inmate population safe as well, so yes, we're pushing for better safety measures,” said Stephanie Smith, the president of the BCGEU.

Measures include plexiglass barriers at officer stations as well as better screening of inmates, she added.

One inmate tested positive for COVID-19 in a provincial correctional centre, but has since recovered.

The rise in numbers comes after advocates and law associations called for inmates to be released, to stop an outbreak from spreading across the prison population.

Catherine Latimer, the executive director of the John Howard Society of Canada, said epidemiologists around the world are saying prisons amplify the contagion.

At the very least, the federal and provincial governments should eliminate double-bunking and get the elderly who have chronic health conditions out of the institutions because physical distancing is virtually impossible, she said in an interview.

The Parole Board has said it is streamlining its processes to respond to the pandemic.

With files from Terri Theodore

This report by the Canadian Press was first published on April 10.