Coroner's inquest being held into police-involved shooting in Burnaby 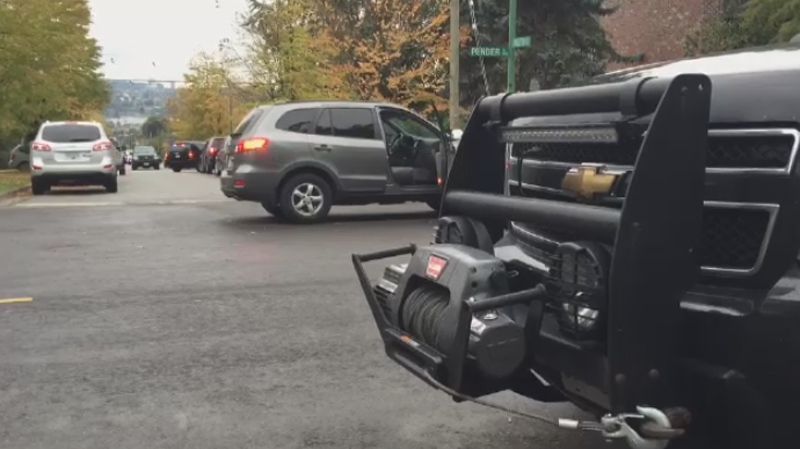 A large police presence is seen outside a home on Frances Street in Burnaby following a shooting on Sept. 18, 2015.

Four years after a police-involved shooting in Burnaby, a coroner's inquest is being held into how the deadly confrontation unfolded.

The inquest will focus on the deaths of 48-year-old Kenneth Robert Hanna and 47-year-old Matthew Charles Miles, who both died at a home on Frances Street back in September 2015.

B.C.'s police watchdog said members of the Lower Mainland Emergency Response Team were sent to the home after a woman called 911 to report her ex-husband had shown up with a gun and had already shot someone.

After an attempt at negotiation, officers entered the property and shot Hanna. Miles's body was also found at the scene.

A subsequent investigation by B.C.'s police watchdog, the Independent Investigations Office, determined that officers shot a suspect twice "while he simultaneously shot himself in the head."

The IIO did not find evidence that any of the police officers involved committed an offence.

The coroner's inquest, which is scheduled to begin on Oct. 28, will dig further into how the situation played out.

The BC Coroners Service said inquests are mandatory for all deaths that occur while someone is in police custody, but they are only fact-finding exercises and can't determine fault or legal responsibility.